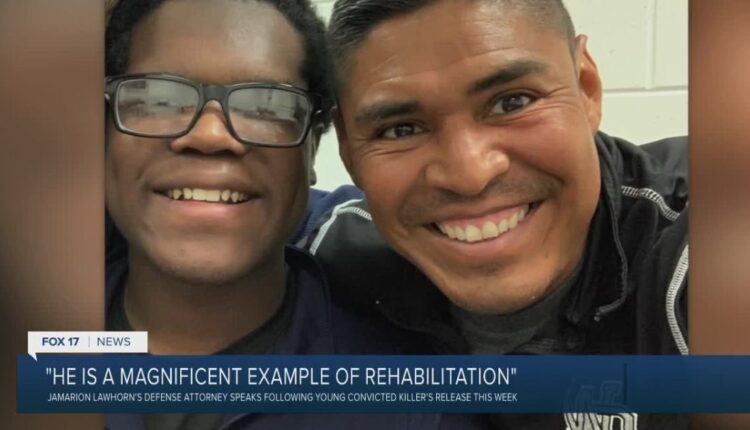 Lawhorn was released from the Evart Youth Home just over 6 years after his conviction for the murder of 9-year-old Connor Verkerke. Lawhorn accidentally attacked the child in a playground in Kentwood in 2014. At the time, he told officers that he hoped the act would let him die to separate it from the severe physical abuse at home.

During his time at Evart, Lawhorn worked intensively with therapists and supporters. He even got close to Verkerke’s grandmother, who offered forgiveness for what he did.

“I think the idea is to give people a chance at salvation and this young man deserves it,” said attorney Charles Clapp.

Lawhorn will now live with a family in Jenison who have decided to take him under their wing. This is his first step in transitioning back into society.

The judge decides every 6 months whether or not to keep Lawhorn on parole or waive his sentence.