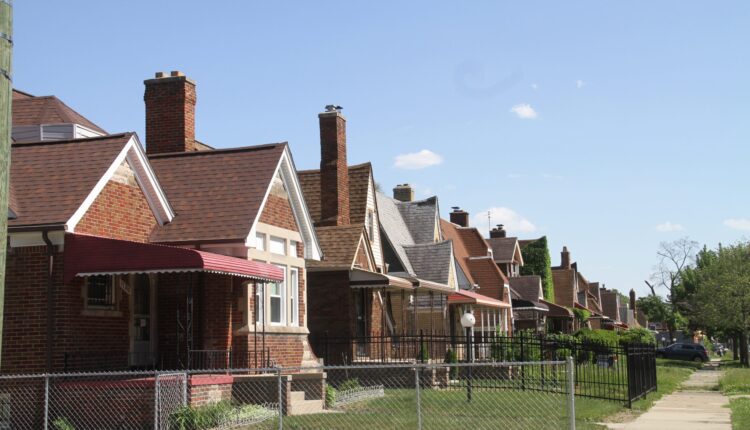 The City Council is studying a proposal to ask Mayor Mike Duggan to redirect federal COVID rescue dollars toward addressing the “housing crisis” in Detroit.

The council unanimously voted Tuesday to advance a resolution introduced by District 6 Council Member Gabriela Santiago-Romero to the panel’s Budget, Finance and Audit subcommittee for discussion. She recommends that the city use American Rescue Plan Act funds to renovate Detroit Land Bank Authority houses, sell them to Detroiters at below-market prices, and establish a mortgage fund managed by a city-based nonprofit.

If passed, Duggan’s administration would be asked to submit a budget amendment before the council breaks for its summer recess in August. Santiago-Romero has not specified how much of the federal funding should be redirected for the proposal.

Santiago-Romero said she drafted the resolution in response to Detroiters who have pushed in recent weeks for the council to shift ARPA dollars toward affordable housing programs. Dozens of residents and assistance groups have expressed concerns about a lack of housing options and the upcoming expiration of pandemic relief funds used to temporarily house evicted Detroiters in hotels.

“We hear you,” Santiago-Romero said. “We completely agree, and it’s exciting to know that colleagues, and even the administration, acknowledges the need for us to do more.”

Duggan and other city officials last week encouraged residents to apply for the COVID-19 Emergency Rental Assistance program – also known as CERA – ahead of a June 30 deadline.

The mayor noted the program has kept 19,000 Detroit families housed and he broadly outlined resources available for residents after the federal assistance runs out. Since March 2021, CERA has provided $159 million to renters and landlords in Detroit.

“​​I’ve been in Detroit over 40 years, and I’ve seen this city go from a city of homeowners to tenants and empty land,” Brigham said during public comment. “There is money to keep people from being homeless: the American Rescue Plan Act.”

Santiago-Romero’s resolution states that community development organizations should renovate homes included in Proposal N, Detroit’s $250 million bond plan to renovate and demolish thousands of blighted homes. Duggan championed the bond initiative, which was passed by voters in 2020, as an important tool to stabilize Detroit’s housing stock.

The Detroit Housing and Revitalization Department has identified at least 1,491 properties for “stabilization” using Proposal N funds, according to the resolution. The document suggests the land bank could sell the homes to community development organizations for $1, allowing the groups to get renovated houses in the hands of residents. Construction activities could be coordinated with Detroit at Work, the city’s job placement and training agency, the draft notes.

Santiago-Romero’s resolution focuses on median-income Detroiters. It states that market-rate homes are unaffordable for the average resident earning a median wage, estimated to be just under $32,500 by the U.S. Census Bureau.

Less than half of city residents own a home. Making large investments in home ownership could create $300 million in savings for Detroiters who are paying rent over the term of a 30-year mortgage, according to the draft resolution.

The resolution would also call on Duggan’s administration to convene lenders, insurers and Community Development Financial Institutions, or CDFIs, to establish a single mortgage fund for Detroiters.

“The Detroit City Council submits this resolution with the utmost urgency, and is open to a constructive and expeditious dialogue with the Administration for how these proposed solutions should be implemented, or amended,” the draft resolution notes.

Detroit was given $826.7 million in ARPA funds, the fifth-largest pot of federal cash sent to cities across the country. Just under half was used to offset budget shortfalls caused by pandemic cuts. The remaining $426 million was designated for community investments.

The prior city council approved the mayor’s ARPA spending plan last year. The largest allocations under Duggan’s plan include $250 million for city services and infrastructure; $105 million for employment and jobs programs; $95 million for blight remediation; and $50 million for public safety initiatives.

A series of community meetings were held over two months in 2021 to gather feedback on how Detroiters wanted the ARPA money to be spent. The city reported 3,838 participants attended, representing 0.6% of the city’s population.

Rebuilding neighborhoods, fighting intergenerational poverty and improving public safety were  the top of priorities, according to survey results reported by the city. The survey gathered 739 responses. Residents said home repairs for seniors, low-income and disabled residents, plus grants to neighborhood groups and vacant property cleanouts were the top choices within the “rebuilding neighborhoods” category.

The new council took office in January and has since heard concerns from residents that more money should be directed for housing stabilization. Some council members expressed that the city’s process of gauging public feedback was flawed, and does not reflect the public’s priorities.

Local governments have until the end of 2024 to allocate ARPA funds and the dollars must be  spent by 2026. The funding can’t be used toward pension fund payments, old debt or past legal obligations, according to the city.

As of April 30, Detroit has spent $19 million in ARPA funding and encumbered another $85.7 million for vendor contracts that have yet to be approved by the City Council. A vast majority of the funding – $721 million – hasn’t been spent, according to a May report from the council’s Legislative Policy Division.

authored by
First published at https%3A%2F%2Fwww.bridgedetroit.com%2Fcouncil-could-ask-duggan-to-spend-more-arpa-funds-on-housing-crisis%2F

Forget That College Degree With These High Paying Jobs In Lansing