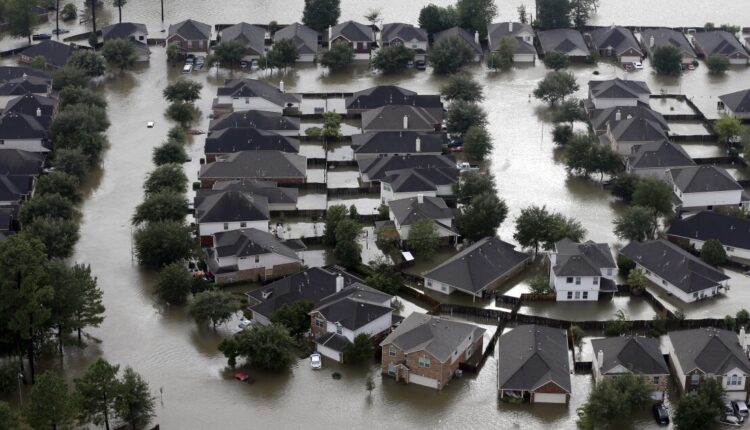 Flood water poured into her well, turning the water a muddy brown and forcing Johnson, her husband and their two young children to use store-bought supplies. Even after sediment cleared, testing found bacteria — including E. coli, which can cause diarrhea. The family boiled water for drinking and cooking. The YMCA was a refuge for showers.

“I was pretty strict with the kids,” said Johnson, who works with a private well protection program at the local health department. “I’d pour bottled water on their toothbrushes.”

Though estimates vary, roughly 53 million US residents — about 17% of the population — rely on private wells, according to a study conducted in part by Environmental Protection Agency researchers. Most live in rural areas. But others are in subdivisions near fast-growing metro regions or otherwise beyond the reach of public water pipes.

While many private wells provide safe water, the absence of regulation and treatment afforded by larger municipal systems may expose some users to health risks, from bacteria and viruses to chemicals and lead, studies have found.

Risks are elevated after flooding or heavy rainfall, when animal and human feces, dirt, nutrients such as nitrogen and other contaminants can seep into wells. And experts say the threat is growing as the warming climate fuels more intense rainstorms and stronger and weather hurricanes.

“Areas that hadn’t been impacted are now. New areas are getting flooded,” said Kelsey Pieper, a Northeastern University professor of environmental engineering. “We know the environment is shifting and we’re playing catch-up, trying to increase awareness.”

Sampling of 108 wells in Mississippi following Hurricane Ida in 2021 produced a similar bump in E. coli readings. Other studies turned up higher levels in North Carolina after Hurricane Florence in 2018.

The following year, above-average snowfall and a March storm unleashed flooding in Nebraska. Levees and dams were breached. Fremont, a city of more than 25,000, turned into an island when the nearby Platte and Elkhorn rivers overflowed.

The municipal system continued to supply drinking water but some nearby private wells were damaged or contaminated. Julie Hindmarsh’s farm was flooded for three days, and it took months to make the well water drinkable again. At times, the cleanup crew wore protective suits.

“They didn’t know what was in that floodwater,” she said.

Groundwater is often a cleaner source than surface supplies because soil can provide a protective buffer, said Heather Murphy, an epidemiologist at the University of Guelph in Canada. But she said that can give well owners a false sense of security, leading them to forgo testing, maintenance and treatment.

“There’s a big misconception that it’s underground, therefore it’s safe,” said Murphy, who estimates 1.3 million cases of acute gastrointestinal illness in the US are caused annually by drinking untreated water from private wells.

Old, poorly maintained wells are especially vulnerable to floodwaters entering through openings at the top. “It just runs right in and it’s full of bacteria,” said Steven Wilson, a well expert at the University of Illinois.

It doesn’t always take a flood or hurricane to pollute wells. Industrial contamination can reach them by seeping into groundwater.

Around 1,000 residential wells in Michigan’s Kent County were tainted for decades with toxic per- and polyfluoroalkyl substances, or PFAS, in landfill sludge from footwear company Wolverine World Wide. The pollution discovered in 2017, spurred lawsuits and a $69.5 million settlement with the state that extended city water lines to affected houses.

“We thought we were getting this pristine, straight-from-nature water and it would be much better for us,” said Sandy Wynn-Stelt, who has lived across from one of the dump sites since the early 1990s.

She said tests detected high levels of PFAS chemicals in her water and blood, leaving her fearful to drink or even brush her teeth with well water. In a suit later settled, she blamed the contamination for her husband’s 2016 death from liver cancer. She was diagnosed with thyroid cancer four years later.

While many well owners don’t have the option of hooking up to a public water system, others are happy with well water. They might favor the taste or want to avoid monthly bills and government regulation.

Private well owners are responsible for them. While public water systems must meet federal safety standards, those rules don’t apply to wells that have fewer than 15 connections or serve fewer than 25 people.

State and local standards usually involve only construction and design, although some states set tougher rules.

New Jersey requires water quality testing before sales of property with private wells. Rhode Island requires testing when new wells are built and when property with a well is sold.

But many states rely on public outreach and voluntary action to protect private well users.

“There’s an overall lack of education,” Campbell said. He meets with well owners from Montana to Missouri, providing free inspections and advice.

A lot of harm can be prevented if owners make sure the well’s top keeps out debris and that the pump is turned off before a storm to keep out floodwaters. Experts recommend testing after a flood and decontaminating wells with chlorine if a problem is found.

While many owners know how to maintain their wells, others ignore problems even if the water isn’t sanitary. Water that tastes fine can still be contaminated.

“I wish I had a nickel for everyone who’s walked into a workshop and said, ‘I’ve been drinking this water forever and it’s fine,'” said Jason Barrett, who directs a Mississippi State University program that educates well owners.

It provides free testing. But where such assistance isn’t available, costs can run to a few hundred dollars, according to experts. Some owners avoid testing because they are concerned it will reveal an expensive problem.

Johnson, the Illinois resident whose well was fouled by the 2013 downpour that killed four people and caused $465 million in flood damage, paid about $3,500 for repairs and upgrades.

“Luckily, none of us became ill,” she said.

Even ordinary rainstorms can carry diseases into groundwater, said Mark Borchardt, a microbiologist formerly with the US Department of Agriculture.

“A lot of times people say, ‘Well, no one got sick,'” Borchardt said. “It’s hard to see when people get sick unless it’s a huge outbreak.”

Bea and Neil Jobe live in Primm Springs, Tennessee, an hour’s drive from Nashville. Several times a year, when there is heavy rain and a nearby creek flood, their well water turns “dingy,” Bea Jobe said.

The discoloration disappears after a few days but Jobe takes precautions such as keeping bottled water available.

The Associated Press receives support from the Walton Family Foundation for coverage of water and environmental policy. The AP is solely responsible for all content. For all of AP’s environmental coverage, visit https://apnews.com/hub/environment

Download our apps today for all of our latest coverage.

Get the latest news and weather delivered straight to your inbox.