When Lisa Babcock graduated from Lansing Eastern High School in 1984, her biggest goal was to see the State Capitol dome in her rearview mirror as she left her hometown behind.

Babcock is now a member of East Lansing City Council.

She grew up on the east side of Lansing, and as a child she and her friends rode their bikes to East Lansing. Babcock’s urge to leave her hometown brought her to the University of Michigan. She originally wanted to be a journalist, but changed her mind and studied political science.

“A Detroit Free Press columnist who wrote about politics, Hugh McDermott, said to me one day, don’t get a degree in journalism, get a degree in something you want to write about,” said Babcock.

Right after college, Babcock worked for a weekly newspaper. She reported on local government in Charlevoix County, Michigan.

“I learned about budgets, zoning, and downtown development agencies, how to hold a meeting, all of these things that really helped me today,” Babcock said.

Babcock said she thought she would end up working for a publication in a big city. Instead, she moved down to work for US Senate candidate Bill Brodhead. Within two weeks, Brodhead had fired his campaign manager. Babcock was able to find a job and worked on the Senate Democratic staff for energy policy. Babcock said this work was interesting to her.

“I also looked around and found that the lifespan of a minority employee was quite short,” said Babcock.

Babcock looked back on her experience as a reporter, but was interested in another position.

“I remembered being up north attending city council meetings and thinking, as much as I loved being a reporter, the second best job in the room had to be the lawyer,” Babcock said.

So Babcock found the courage to apply to law school. At 34, she began law school at Michigan State University College of Law and attended night classes. After graduating from law school, Babcock found a job with an energy company, but quickly moved on to court-ordered cases. But the work was exhausting for her because she had to defend suspected criminals.

“I had no idea what people could do each day and then do it again the next day,” said Babcock. “They all get their fees cut, you delete their records, and they’re back three weeks later.” 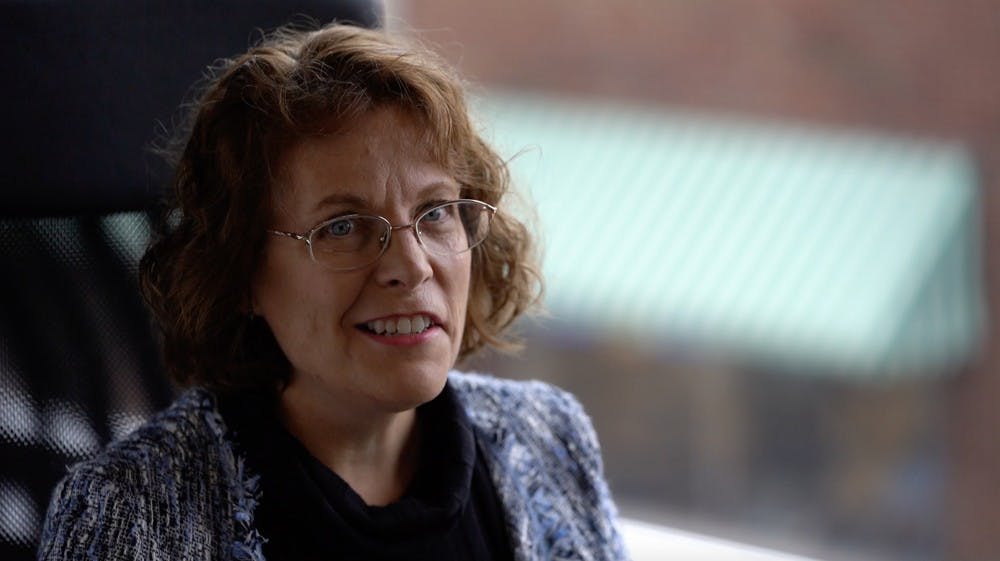 In 2019, Babcock read about the City of East Lansing’s use of the bidding site eBay to auction a piece of public land. The city had only informed about a dozen parties about the sale. This lack of transparency led Babcock to apply for the city council.

“I thought we could do better,” said Babcock. “It’s a great community, but we can do better.”

Babcock said that she is still fighting for more transparency and that she believes the city can still do better.

“I want the city council and the city’s direction to be known for fairness,” Babcock said.

In addition to his work on the city council, Babcock continues to work as a lawyer and works on a novel.

In retrospect, Babcock wished she had started earlier.

“Years ago I was thinking about running for office in Lansing and I asked people and they said things like,” Oh, you’re not ready or you’re not the right person, “Babcock said.” I will never stop wondering what would have happened if I had run when I was 35 instead of 50. “

Babcock’s advice, especially to women in the position she has been in, is to go after things without waiting for others’ approval.