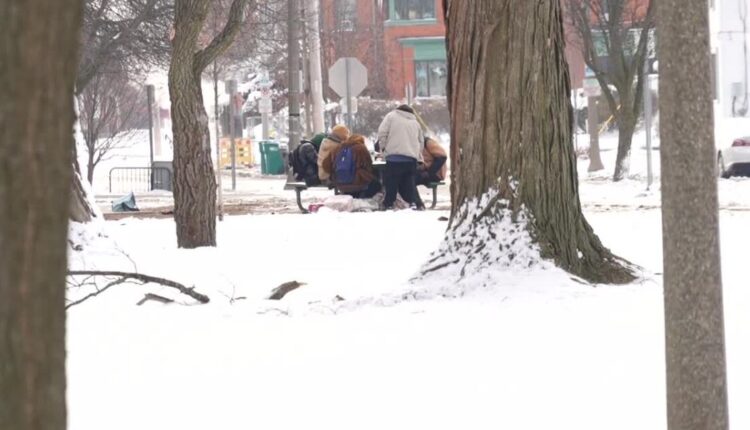 City of Lansing faces backlash for lack of warming centers

LANSING, Mich. — The City of Lansing is facing backlash because there weren’t many 24 hour warming centers available to the unhoused population during last week’s winter storm.

“There are people unhoused today,” said Jerry Norris with the People’s Council. “They need a place where they can go and get shelter and get warm.”

Right before the storm, the city released their “Code Blue” plan, which showed three locations that people can go to warm up, But Norris and Julia Miller, with The People’s Council, said the problem is each of the locations are faith based, which can make some unsheltered people feel uncomfortable.

“When you are required to be preached at just to get a meal or a warm place to stay then you are being forced to do something that you don’t want to do and religion is being forced upon you and it makes you think , I ‘ll rather freeze than go through this,” Norris said.

While the city refused to respond to The People’s Council’s concerns, city leaders did say they’re proud of the partnerships they’ve created with organizations and churches to provide warm locations to the homeless population.

As for The People’s Council, they’re hoping their advocacy will convince the city to eventually create a 24 hour year-round warming center.

“We need to have an emergency action plan in place for people to have a safe place where people can seek shelter, rather, they’re unhoused or it’s an emergency situation, we need something in place,” Miller said.

Only 6% of Detroit’s pandemic relief has been spent. See what’s next