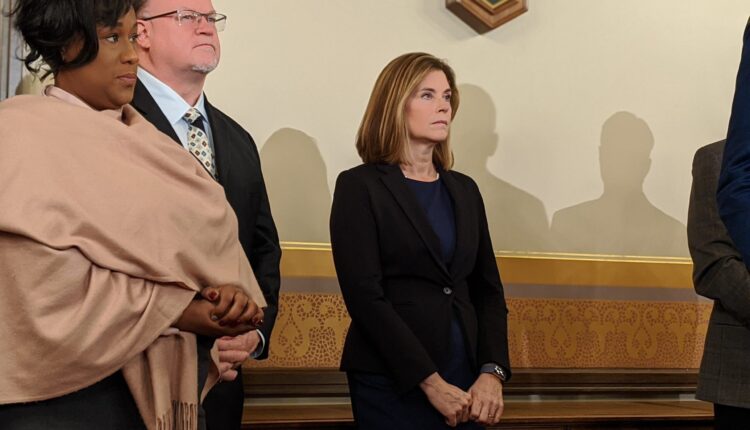 McCormack is roughly two years into an eight-year term. She first won election in 2012, was sworn in as an associate justice in January 2013 and has served as chief justice since January 2019. She is the sixth woman to hold the position.

McCormack: No ‘witchcraft’ in winning over GOP colleagues on High Court

“A decade can be a common measuring point for personal and professional change. Over the last 10 years, my kids grew up and went off to college and graduate school, we bought a pickup truck and an RV, and I have had the honor of serving as Chief Justice for the past four years,” McCormack said in a letter to her colleagues and court staff.

“Making good on a campaign promise I made in 2012, I have given my every effort to do justice and to make the Michigan judiciary as fair and accessible as possible. After a decade, the time has come for me to move on, to let others lead, and to build on a foundation of progress.”

McCormack will retire between Nov. 22 and Dec. 31 — after the 2022 general election when two seats are on the ballot. Democrats have nominated Justice Richard Bernstein and state Rep. Kyra Harris Bolden (D-Southfield) and Republicans have nominated Justice Brian Zahra and Paul Hudson. The court currently has a 4-3 majority of Democratic-nominated justices.

Whitmer, Democrat, will then get her first opportunity to fill a Michigan Supreme Court opening; whoever she appoints can serve the spot for about two years, then run for reelection in 2024 to serve the remainder of the eight-year term.

A statement from the Michigan Supreme Court on Monday stated that by tradition, chief justices typically serve two, two-year terms. McCormack has not yet announced future plans.

Whitmer called McCormack a “phenomenal public servant” in a statement, praising her for her accomplishments during her tenure and expressing gratitude for her judiciary leadership.

“We will ensure a smooth transition for Chief Justice McCormack,” Whitmer continued. “In the coming months, I will appoint a new justice with Michigan values and an unwavering commitment to the Michigan constitution who can be an arbiter of justice and live up to the great responsibility that comes with the role. I look forward to the work ahead.”

She also serves as vice chair of the American Bar Association Council on Legal Education and Admission to the Bar, is an advisor on the American Academy of Arts and Sciences’ Access to Justice Project, is a senior strategist in the University of Pennsylvania Law School’s Future of the Legal Profession Initiative and teaches at the University of Michigan Law School.

“Thanks to all of you, I am confident that Michigan will continue to be a national leader in access to justice,” McCormack wrote in a letter to the judiciary, including nearly 600 trial court judges statewide.

“As I step down, I want to share my appreciation for the support from the other branches of government, and I look forward to the Court continuing to build on the solid foundation we have already established,” McCormack wrote. “I am grateful for their hard work to build relationships and for sharing our vision of a judiciary that is more accessible, more transparent, more data driven, and more efficient.”