LANSING, Michigan – A coalition of activists led by Black Lives Matter organizers protested Saturday afternoon in Lansing, Michigan against Anthony Hulon, a white man who died in Lansing Prison nearly a year ago.

The march began in Lansing’s Ferris Park, where about 60 community activists gathered. The group marched past the Michigan State Capitol to the Lansing Police Department, where they held a rally. Lansing Prison is also in the same building.

Hulon, 54, died in prison on April 11, 2020 after four Lansing police officers held him on his stomach for several minutes while he was handcuffed.

The incident was recorded by a surveillance camera in the prison cell and released months later.

“Positional asphyxia” was the formal cause of death, according to the Ingham County Medical Examiner’s Office. The office labeled death a murder.

Lansing-based James Henson, who forms a chapter of the Black Panther Party, speaks at the rally for Anthony Hulon on April 3, 2021 in Lansing, Michigan. (Ford Fischer / Zenger News)

Hulon had been arrested for domestic violence 12 hours earlier.

Buckfire law firm has filed a lawsuit against the city, the Lansing Police Department and six people for unjustified death, including all four officers who physically detained him. No criminal charges were filed against any of the officers involved.

James Henson, who lives in Lansing and forms a chapter of the Black Panther Party, spoke in front of the headquarters of the Lansing Police Department.

“It’s been going on for so long, but not just that long, it goes on uninterrupted,” said Henson, who wore a pistol on his right leg. “We want change. To make this change, we need to force this change. We have to do things that other people are afraid of if we really want to be free, ”he added.

Sheikh-Omar criticized Lansing Democratic Mayor Andy Schor for marching with Black Lives Matter after Hulon’s death that summer, but before the public was informed of the details. 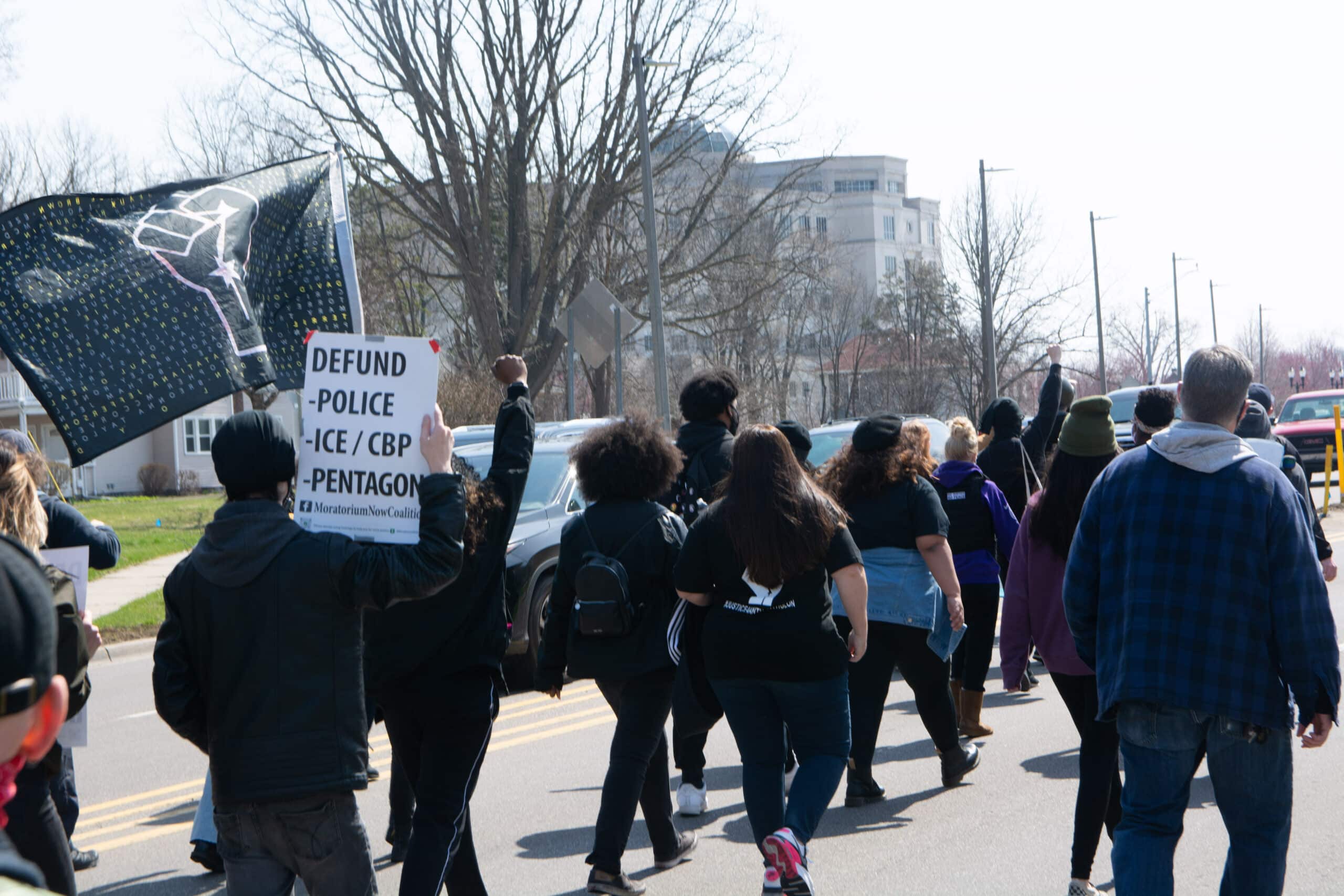 “He didn’t even answer Anthony Hulon’s family. You had to find a lawyer to get answers, ”he said.

Upon his election, Sheikh-Omar said he would fire the officers involved.

Members of the anti-government “Boogaloo” movement were originally expected to attend, but obvious political disagreements prior to the event caused a split. About a dozen armed boogaloo activists arrived when the rally was taking place but were across the street.

The groups remained separate as the rally neared its end. The boogaloo activists sang along as the rally participants performed final chants. 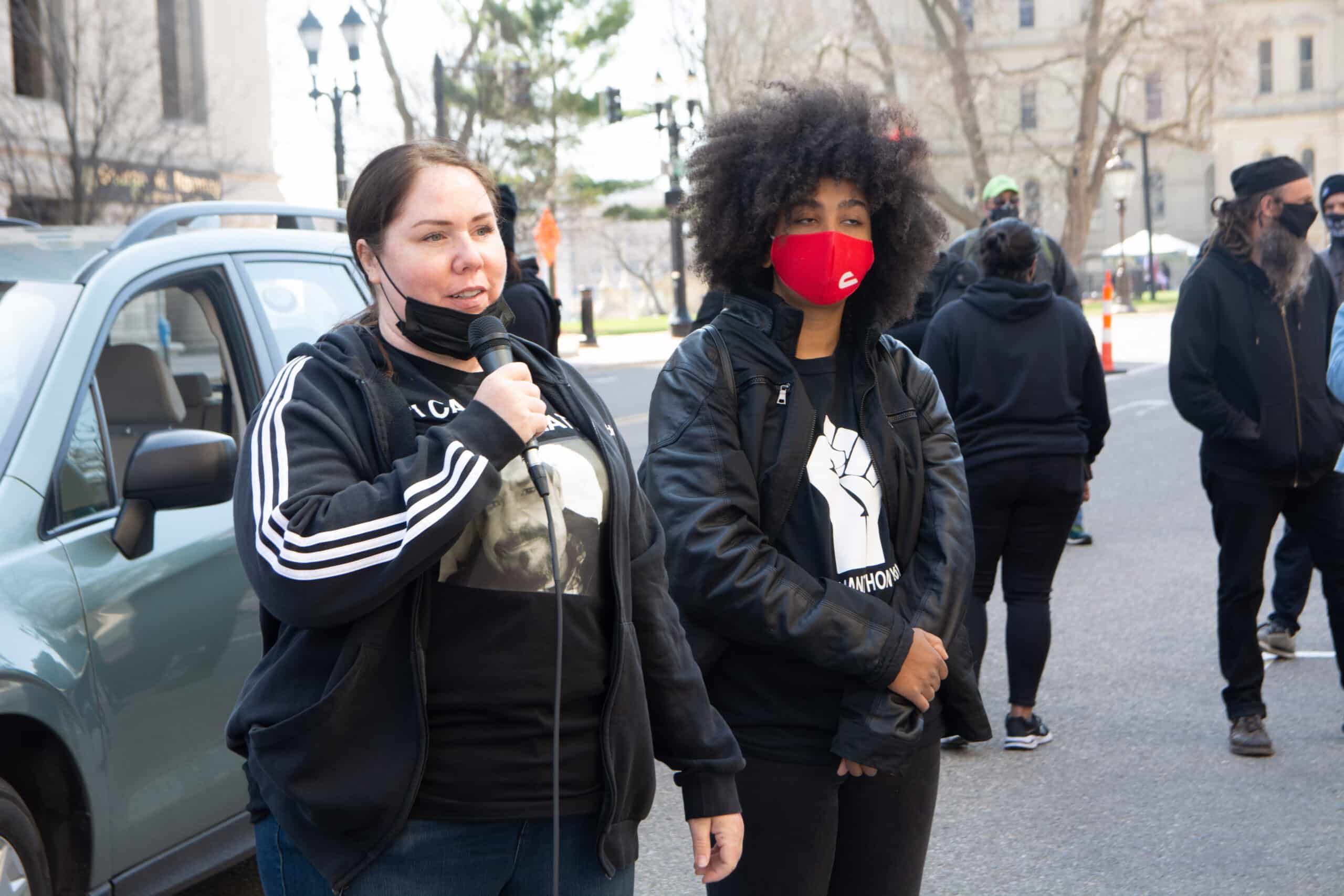 “This is a start,” she said. “I will keep fighting, fighting for my brother, fighting for everyone else. We all are, “said Heather Hulon in an interview with Zenger after the rally. “It is concerning everybody.”

“I can’t even put into words how much I appreciate everyone coming out for us,” she said. 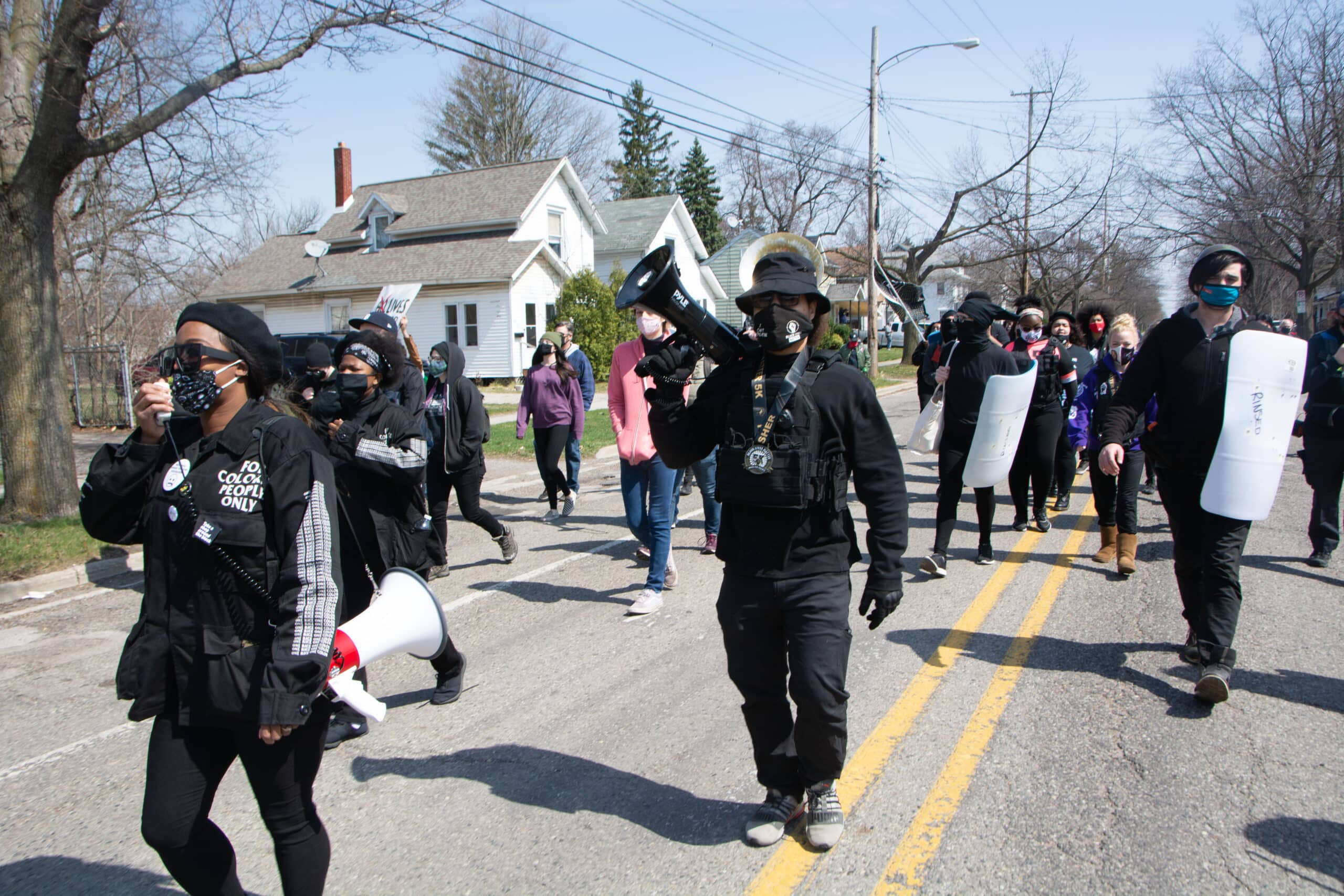 In terms of broader police reform, Hulon points to qualified immunity, a doctrine that protects police officers from individual civil liability when they may not reasonably know that their actions were illegal.

“Retraining – I don’t think that’s really the answer. I mean yes they need to be trained better, but they have been trained, that’s their job, ”she added. “It really is in changing the laws with qualified immunity, but to do that everyone has to get out and vote.”

BREAKING: Lansing Police are investigating assault and shooting that killed 1 man and…