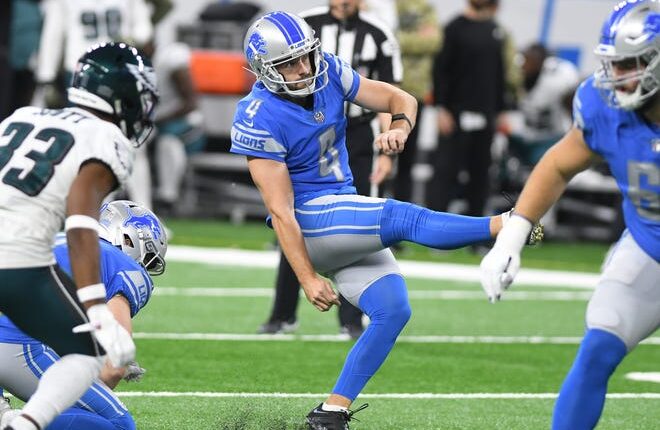 Allen Park — It might be one of training camp’s most under-the-radar competitions, but no one should take for granted how important it is for the Detroit Lions to find the right kicker.

The franchise need to look no further than the dark days between the retirement of Jason Hanson and the addition of the equally gifted Matt Prater as a reminder of what it’s like to not have a reliable option at the position.

The good news is the Lions seem to have two solid options in camp, and a pretty good idea of ​​what they can do. Austin Seibert, who opened last season with the job, made 10 of his 12 field goal attempts, with both misses coming from 50 yards and beyond, before a hip injury prematurely ended his year.

His competition, Riley Patterson, came in off the New England practice squad, made his own case by making his first 10 kicks with the Lions, finishing the year 13 of 14 on field goals, although none longer than 49 yards.

Through the first two weeks of camp, the competition has been fierce, but Seibert, only recently back to full strength after having two torn abductor muscles repaired last year, has taken the early lead according to coach Dan Campbell.

“I feel like he’s, right now, if you’re asking me today, he’s a tick better,” Campbell said. “I thought he did a hell of a job in there, just kicking. His kickoffs were outstanding. Now that being said, Patterson’s still banging away. It’s not like he’s not in there. And we still have a long camp to go. So , Patterson’s doing a good job, but I really like Seibert.”

If you’re looking for the clear separating factor, it’s leg strength. The stockier Seibert consistently has more reliable distance on both kickoffs and field goals. He showcased that at the end of Saturday’s training camp practice at Ford Field when he knocked home a 63-yarder off the crossbar while Patterson’s effort from the same distance fell several yards short.

“It’s definitely a great feeling making a kick like that, but at the end of the day, that’s my job is to go out there and do things like that,” Seibert said.

Campbell echoed Seibert, saying, “It’s a great feeling” knowing he has a kicker that can offer that kind of distance on field goals, which can change the offensive approach at the end of the half and games.

But the coach also countered by acknowledging Patterson’s reliability within 50 yards.

“If you get inside 50 yards, that kid is golden,” Campbell said. “He just doesn’t miss. So, there’s some comfort in that, too.”

Interestingly, Seibert and Patterson go way back, attending conference of rival high schools in Illinois. Seibert, the Belleville standout two years ahead of Patterson, went on to the University of Oklahoma and was a fifth-round pick for the Browns in 2019. Patterson, meanwhile, attended Memphis after graduating from Edwardsville High School before going undrafted last year, spending time with the Vikings and Patriots before landing in Detroit.

“Well, I have a lot of confidence in myself and the things I can do,” Patterson said. “I can’t control what Austin does. Austin’s great, I have no problems with him. We’re friends. But I’m going to do what I can do to the best of my ability. I have complete confidence in myself. I feel like I’m an NFL kicker, and I wanted to be here. I want to play for Detroit. But that’s not up to me. That’s up to them. I’m going to do the best I can going to try to make all my kicks, and I’m going to try to improve my kickoffs. I feel great, but ultimately that’s up to them.”