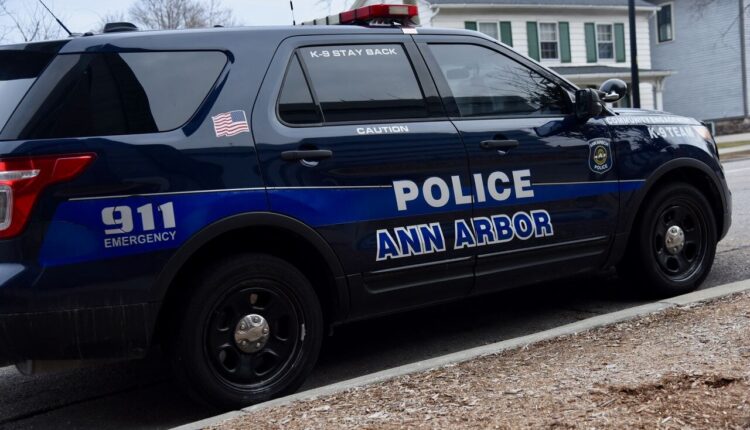 Mayor Christopher Taylor and other city council members jointly supported a resolution on the April 5 city council agenda to direct city administrator Tom Crawford to work with the Washtenaw County Sheriff’s Office and others to develop a program by the end of the year.

If the resolution is approved, Crawford should consider getting unarmed responses to calls on Metro 911, potentially partnering with nonprofit service providers, and finding out what responses could now be handled by armed police officers from experts in areas such as mental health, public Health and human services.

This could include handling non-emergency medical calls, complaints about homelessness camps, requests for medical transportation, some mental health crisis calls, and similar calls with no suspicion of criminal activity or an unambiguous and present threat to the physical safety of others, it said Resolution.

“Police officers everywhere are charged with performing many functions that are better suited to non-police officers who have expertise in public health, mental health and human services,” said Taylor. “We recognize this challenge and are looking for ways to achieve a continuum of response so that we can better serve people on service calls that don’t require a police officer to be involved.”

The resolution instructs the city administrator to include funds for such a program in the 2021-22 budget.

If such a program is not possible by the end of 2021, Taylor and the council members would like the administrator to report on any obstacles and recommendations for overcoming those obstacles.

They also want the city’s Police Oversight Commission to be consulted.

The first four council members to sign up as co-sponsors with Taylor are Erica Briggs, Jen Eyer, Travis Radina, and Linh Song.

Radina, D-3rd Ward, said he spoke to campaigners last year about the need to radically change the city’s approach to police and public safety.

“This resolution is an extremely important step in that direction and will hopefully help restore community confidence,” he said. “For far too many of our neighbors – especially some BIPOC, LGBTQ and neurodiverse residents – the armed police in our community don’t feel safer.”

By redesigning Ann Arbor’s public safety model to include a response from public health, mental health and human services professionals as appropriate, the city can distract more residents from the criminal justice system and provide them with the support and resources that need them, said Radina.

Song, D-2nd Ward, said the solution is to tailor services to meet needs.

“Talking to members and leaders of the Asian and Asian-American communities clearly shows the reluctance to engage the police, even after hate crimes and harassment,” she said. “I hope we can demonstrate a fuller understanding of policing as it affects color communities. That would be a good start. “

The resolution was developed in collaboration with city administrator and police chief Michael Cox, and Washtenaw County Community Mental Health and the Sheriff’s Office reviewed it and expressed their support, Taylor said, adding that he had also spoken to county officials and had reason to be hopeful will be a mirroring county resolution.

Taylor said he was optimistic that through the collaboration between the Ann Arbor Police Department, Community Mental Health and the Sheriff’s Office, they can start a program that will give people the help they need and improve public safety.

The city does not offer direct public health, mental health, or human services programs. Instead, these services are provided by Community Mental Health, the Washtenaw County Health Department, the county’s community and economic development office, and nonprofits.

The Ann Arbor Police Department and Community Mental Health are already working together through a crisis support team to coordinate responses to service requests involving people in a mental health crisis. The city supports parishioners who need access to services and avoids detention whenever possible, the resolution said.

The officials now want to expand this to include more emergency call responses from non-police officers with extensive training and expertise in various fields.

“Even with non-confrontational police-public interactions involving public health, mental health and human service needs, the presence of a holstered pistol can create discomfort and intimidation, especially among those in BIPOC communities,” it said the resolution added that civilian deaths and injuries were caused by police hiring people with mental illness when no police response was required.