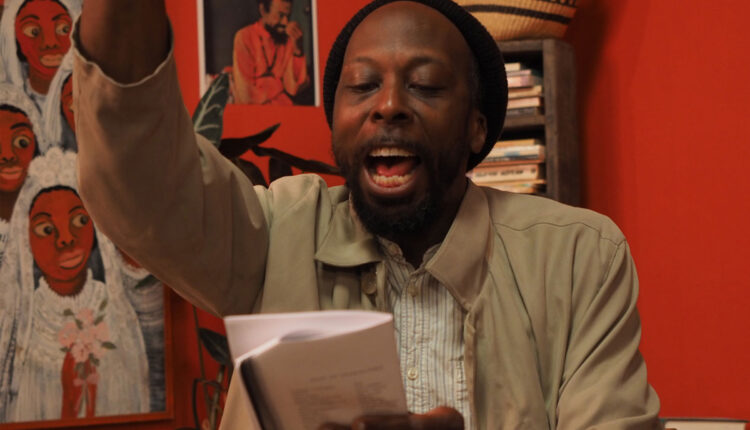 “Practicing without thinking is blind; Thinking without practice is empty. ”

Kwame Nkrumah, the first Prime Minister and President of post-colonial Ghana, once said these words in relation to achieving equality and justice through planning and consistent action. In The Inheritance, which will be screened at this year’s Ann Arbor Film Festival, those words are written in chalk in a collective household in Philadelphia. Members work to achieve the kind of natural living once practiced by some of their African ancestors, and these words are a reminder of the ongoing struggle for racial equality.

Ephraim Asili’s “The Inheritance” interweaves documentary film material by the black separatist group MOVE and the Black Arts Movement with a script by a collective from West Philadelphia. The collective learns from MOVE members Debbie Africa, Mike Africa Sr. and Mike Africa Jr. as well as the poets Sonia Sanchez and Ursula Rucker; These leaders all appear throughout the film to educate the collective and us viewers. The integration of these important characters into the plot of the film makes sense in a fairly simple plot about the lives of the members of the collective.

“The Inheritance” combines fact with fiction to create a unique story-based documentation format that works well for the dual purpose of informing and entertaining at the same time. The dramatized reenactment of the collective’s struggles teaches viewers how the household works, while captivating them with conflict and humor. The main part of the story, however, is told through historical footage from MOVE, which cuts in and out of the plot.

The film delves into MOVE’s beliefs as well as the details of the terrible bombing of the Organization’s home in Philadelphia. Before the film delves deeper into MOVE, however, African socialism is broken down. The members of the West Philadelphia Collective elaborate on the purpose of the ideology: building an extended family of parishioners and sharing economic resources. This information is necessary to guide viewers on their journey to understanding the teachings of John Africa, the founder and director of MOVE.

“The Inheritance” offers us a history lesson taught directly by members of MOVE while stimulating individual thinking and reflection about today’s society. Members are encouraged to only care for themselves, which seems contradictory when considering major social issues such as environmental justice and industrialization, which will require group efforts to change. However, in the minds of MOVE members, just thinking about yourself means much more than just selfish desires. If you take care of yourself deeply and need food and water to survive, you will not let these resources get polluted. That’s the MOVE mindset. And it’s definitely refreshing in a capitalist society where making money and owning land are superior.

However, what makes this film significant is the portrayal of a story that is often not taught. The ideology that MOVE promotes is definitely not mainstream, which is why it is less likely to be discussed in schools. The organization is known for its beliefs against technology and animal rights in a society that thrives on technological innovations and uses animals for the benefit of humans. When the MOVE house was bombed in 1985, politicians didn’t think twice about leaving this story behind, in part because not many people were even connected to their beliefs. That mindset was and is unacceptable, and The Inheritance reminds us that there is so much ugly history and tragedy that is not recognized in both the political and educational spheres.

“The Inheritance” is not for moviegoers looking for entertainment without education. The film is bursting at the seams with lessons that should have been discussed a long time ago, and that makes it a worthwhile watch. But that doesn’t mean the film isn’t entertaining. The scripted, guest-acted plot balances past shots of the story and makes for a fairly even spread of drama and fact that you’ll watch through to the end. “The Inheritance” proves that storytelling through art can be a powerful method of education.