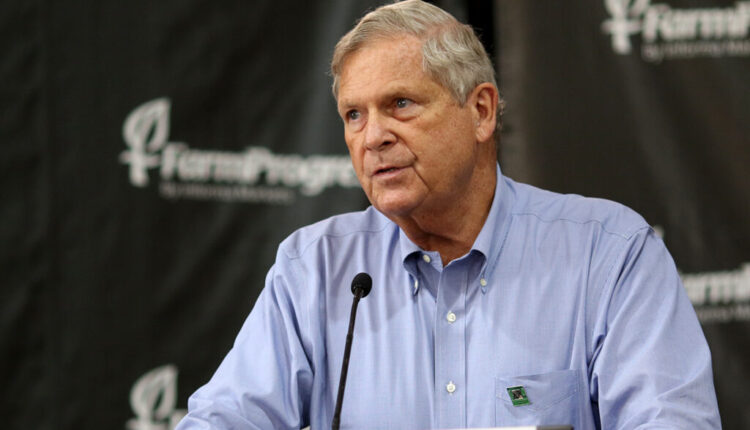 BOONE, Iowa — The more than $1 billion the federal government is devoting to voluntary efforts to reduce agriculture’s adverse effects on the environment is a better long-term strategy than mandating new rules for farmers, U.S. Secretary of Agriculture Tom Vilsack said Tuesday.

While state and federal officials in the United States have tended to avoid implementing rules that might force farmers to radically change their long-held practices, the European Union has specific requirements about crop rotations, permanent pastures and the use of buffer strips and other conservation practices that improve soil quality.

Dutch farmers have protested some of their country’s efforts in recent years to limit pollution from agriculture, particularly the proposals to significantly reduce the number of livestock raised in the country.

“Candidly, our view — and I’ve expressed this to EU officials — our view is that their approach may very well result in reduced production,” Vilsack said at the Farm Progress Show in Boone, in response to a question about whether U.S. farmers might eventually face similar requirements. He added: “I think our approach is better.”

The European Union recently suspended some of its crop rotation requirements to increase production because of global food shortages caused by Russia’s invasion of Ukraine.

When asked to elaborate later about his comments, Vilsack said they pertained to organic farming and were the views of some European farmers. The European Green Deal seeks to increase the amount of farmland that is being managed to produce organic crops to 25% by 2030. The practice is more environmentally friendly but often produces lower yields.

The U.S. Department of Agriculture has offered programs to expand organic farming in the United States but hasn’t set goals for converting farmland to organic. Vilsack said Tuesday that demand for U.S. agriculture products will continue to rise.

“The challenge is, how do you do it sustainably?” he said. “How do you increase production but at the same time do it in a climate-smart way?”

He stressed repeatedly that the federal initiatives announced in the past two years seek voluntary participation.

Later in the day, U.S. Rep. Randy Feenstra, R-Iowa, echoed those sentiments when he was asked about potential provisions of the upcoming farm bill: “We need to make sure we have voluntary conservation practices,” he said. “That is so crucial.”

Vilsack talked at length about the tremendous amount of federal funding available to support agricultural commodities that are produced in a way that reduces greenhouse gas emissions. In February, the USDA offered up to $1 billion to support new “climate smart” products.

He said the USDA will announce its first grant recipients of the program in mid September and hinted that projects proposed by universities in Missouri and South Dakota and by the Iowa Soybean Association will be among them.

Vilsack and the USDA have unveiled a flurry of new programs in the past two years with the goal of transforming aspects of American agriculture, especially to help reverse the consolidation of certain sectors into the hands of a few companies and to increase the number of farmers.

The USDA is also working to provide billions of dollars of debt relief to farmers who have struggled to make payments on farm loans: “The most important piece of this is keeping people on the land,” Vilsack told reporters last week about major legislation to aid agriculture.

The USDA recently announced it will distribute up to $300 million for projects that help farmers who have received limited help from the department in the past. Those groups of people have typically included new farmers and ranchers, those with low incomes and those of racial or ethnic minorities. Eligible projects for the funding would expand their access to land, money and markets, Vilsack has said.

The department is also offering up to $250 million to minority-serving colleges and universities to help educate food and agriculture professionals.

In June, Vilsack announced hundreds of millions of dollars of funding to support smaller, independent meat processors to help diversify that sector of agriculture, which over the years has become dominated by several large companies.

Federal dollars have also been earmarked for organic farmers and to make new products from agriculture waste and the wood remnants from thinning forests to protect against large fires.

This story first ran in the Advance‘s sister outlet, the Iowa Capital Dispatch.

What Has Adrian’s Representative in Lansing Been Doing Regarding Riverview Terrace Apts. Scenario?