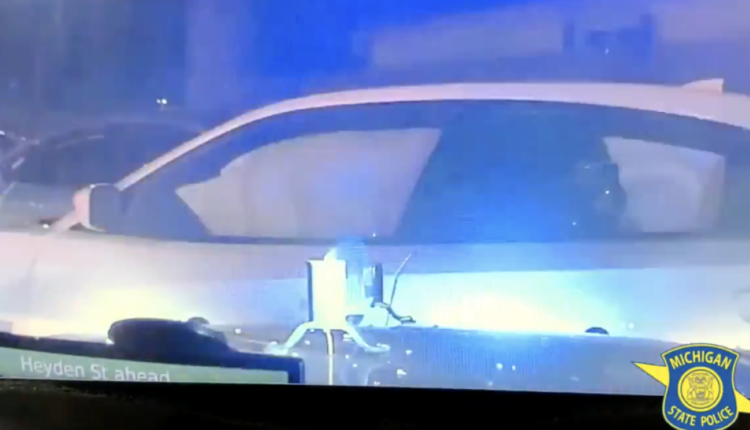 (WXYZ) – Officials arrested two suspects who allegedly pointed guns at a Detroit Police Department scout, then fled the scene and later bumped into a DPD cruiser during a police chase on Friday night.

Shortly after 10:30 p.m. on Friday, Michigan State Police officers learned of two people who had allegedly pointed guns at a DPD scout through a Detroit police talk group. The soldiers were able to locate the suspects in a Dodge Charger that matched the description.

The soldiers found the Dodge Charger that matched the description on Evergreen and I-96 and ran without a light. They tried to stop the suspicious vehicle. Soldiers chased the vehicle until it stopped in a side street. pic.twitter.com/b6TuunrNdz

The car ran with no lights on Evergreen and I-96. When the soldiers tried to stop the traffic, the driver fled and ran a stop sign in Kentfield and on I-96 where the suspect met a DPD unit.

The two suspects in the Dodge Charger were arrested and the vehicle they were in was confirmed as stolen. A stolen pistol was also found in the car.

Investigators say the driver of the vehicle is also wanted in connection with a murder.