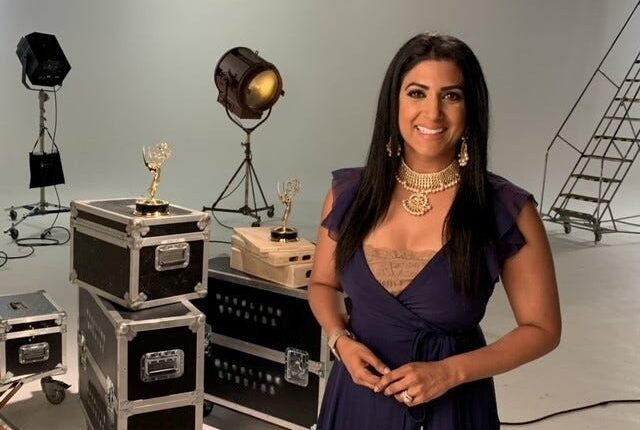 Syma Chowdhry spoke directly to viewers during the 7 Action News broadcast on Sunday morning to let them know it would be their final weekend on Detroit’s WXYZ-TV (Channel 7).

Describing her time at the ABC subsidiary as a “great five years”, she said on the air that “the pandemic has brought different perspectives on life and I am moving my family back to the east coast because my family is there.”

The Emmy Award-winning reporter and frequent weekend anchorwoman, who grew up in New Jersey, told the Free Press that she was grateful to the broadcaster and the city for the opportunities they gave her.

“I love Detroit. I want to be a volunteer Detroit citizen,” said Chowdhry.

Her last day at WXYZ is March 3rd.

Chowdry has been with WXYZ since February 2016 and has taken on both reporting and completing the anchor tasks.

A graduate of Temple University in Philadelphia, she previously worked for KYW-TV, the CBS subsidiary in the same city, covering stories like the devastating aftermath of Hurricane Sandy. She also worked for News 12, a news channel for the New York City and New Jersey areas.

Previously, she also anchored the morning segments of First Forecast for CBS Detroit.

Even before the pandemic, Chowdhry said she was thinking about how far away her relatives in New Jersey seemed.

“My whole family is all there – my mother, my brother, his family, my cousins ​​… My children cannot see their cousins ​​or the cousin’s cousins,” she said.

It only got tougher when COVID-19 quarantined the nation in March 2020.

“Then the pandemic happened and we were on our own island,” she said. “We struggled to work from home and keep everyone safe.”

She and her husband decided that their three young children – two sons aged 5 and 3, and a daughter aged 2 – should be closer to the extended family.

Chowdhry was also driven by concerns about her mother’s health during the pandemic.

According to Chowdhry, she will focus on the move for a short time.

“I definitely want to take a short break to get the family used to the new surroundings and catch my breath … before I start my next television adventure,” she said.

With a laugh, she said, “If things don’t get crazy enough, we’ll actually have a puppy this week before we move.”

The newcomer becomes a playmate for the family’s rescue dog, Hamilton.

“Omg @SymaChowdhry !!! I had no idea this was your last show !!!! I would have thanked you for always being so lovely and amazing … you will be missed and I am honored to be yours was the last interview !!!!!! “, wrote” Movie Show Plus Host “and regular WXYZ film critic Tom Santilli on Twitter.

WXYZ meteorologist Hally Vogel said on the air that she would miss Chowdhry as a co-worker and friend.

Vogel urged her to keep in touch through social media, “so everyone knows where to find you because we know you have this wonderful career ahead of you, too.”

One of Chowdhry’s most memorable stories for 7 Action News was about the viral video of a bride posing for photos in Beirut at the moment of the massive August 2020 explosion that rocked the city. Chowdhry conducted an engaging interview with Israa Al Seblani, a doctor from Troy, a suburb of Detroit who had traveled to Lebanon to get married and who immediately tried to save lives after the explosion.

“WXYZ was a place where I could really grow as a reporter, and they made me shine here,” said Chowdhry.

More:The Detroit Youth Choir documentaries find a home on the Disney + streaming website: What to Expect

Chowdhry, whose parents immigrated to the US with her mother from India and father from Pakistan, said she was moved to hear from young women with similar heritage that they can see themselves in her.

“It means a lot to me. I knew I wanted to be a reporter since I was a kid. But I never saw anyone on TV who looked like me,” she said.

“Representation is important,” she continued. “I know I’ve covered a lot of Asian American stories, especially recently over the past year. I think that’s really important in newsrooms. In general, newsrooms have to rate different voices.”