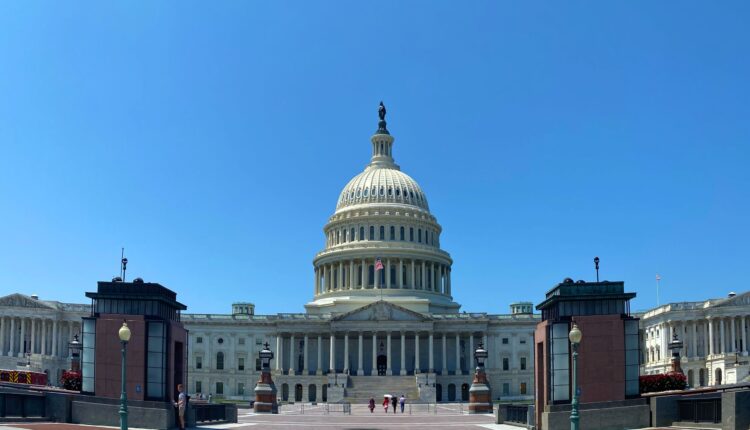 WASHINGTON — Congress is trying to wrap up its remaining must-pass bills before leaving for the holidays — but a split between Senate Republican and House GOP leaders could hamstring the all-important task of funding government operations and averting a partial shutdown.

Senate Republicans are working with Democrats in both chambers to negotiate a major omnibus package that would pay the government’s bills through the remainder of the fiscal year, and potentially include other priorities, like legislation to protect the electoral count process in presidential elections. The framework was announced on Tuesday night.

But House Republican leaders are sitting this one out, saying they vehemently oppose wrapping up one of Congress’ core responsibilities and prefer to act on spending when they take control of that chamber in January.

With such a narrow Democratic majority now in the U.S. House, nearly every one of that chamber’s 218 Democrats would need to vote for the omnibus package, if all GOP lawmakers vote in opposition. Failure of the omnibus deal could lead to a partial government shutdown just before the holidays.

“We can’t afford to continue to spend the way the Democrats have,” House Minority Leader Kevin McCarthy said during a press conference Wednesday.

McCarthy, a California Republican who is struggling to get the votes from party conservatives needed to become speaker next year when the GOP regains control of the House, called for Congress to pass a short-term spending bill into early next year. The current short-term patch expires Friday.

He, however, declined to say how a House Republican majority would approach negotiations in 2023, or change spending levels.

“Like every single household, we’d take how much money we’re able to afford and we’d proportion it out, and let all the members have that debate in an open process,” McCarthy said when asked whether he’d push to cut domestic spending or eliminate aid to Ukraine requested by the Biden administration.

Senate Minority Leader Mitch McConnell, a Kentucky Republican, took the opposite stance Wednesday morning in a floor speech, saying he was happy to hear key “negotiators have reached a bipartisan, bicameral framework for a full-year government funding bill.”

“I’m glad that our Democratic colleagues finally accepted reality and conceded to the Republican position that we need to prioritize our national security,” McConnell said. “Republicans were simply not going to lavish extra liberal spending on the commander-in-chief’s own party as a reward for adequately funding our national defense.”

Few details of the framework of the omnibus package had been released as of Wednesday.

Those figures, if they are the final numbers, would increase spending on defense programs from $782 billion and nondefense accounts from $730 billion compared to the current government funding law, which Congress approved in March.

But McConnell cautioned Wednesday that “it will take seriousness and good faith on both sides to produce actual legislation that follows the framework” while reiterating that Senate Republicans don’t plan to stick around Capitol Hill past Dec. 22.

“If a truly bipartisan full-year bill without poison pills is ready for final Senate passage by late next week, then I’ll support it,” McConnell said. “Otherwise, we’ll be passing a short-term continuing resolution into the new year.”

Work not done on time

Congress is supposed to pass the dozen annual bills that provide government spending by the start of the fiscal year on Oct. 1, but lawmakers haven’t completed all of their work on time since 1996.

To bridge the gap, Congress regularly passes short-term spending bills that continue current spending levels and policies to give more time to work out bipartisan agreements.

This year, Congress passed the stopgap spending bill that expires Friday. Lawmakers are on track to pass a second short-term spending bill this week that would extend that patch through Dec. 23 so that Congress could pass all 12 government funding bills through the omnibus package.

Senate Majority Leader Chuck Schumer, a New York Democrat, urged lawmakers to quickly approve that short-term bill when the chamber votes later this week, saying “the responsible and prudent thing to do right now is pass a one-week CR quickly, without the unwelcome brouhaha that has provoked shutdowns in the past.”

Schumer said both sides should then work toward an agreement on all 12 government spending bills, noting that such a package would be “a balanced approach because it will contain wins that both sides want to see, like the Electoral Count Act and funding for our friends in Ukraine.”

Missing from the framework agreement was Texas Rep. Kay Granger, the top Republican on the House Appropriations Committee.

Granger said following the House Republican press conference Wednesday that GOP lawmakers would “have to look at the whole thing” before deciding how to approach defense and domestic spending, if they get it held over until next year.

Missouri Sen. Roy Blunt — the top Republican on the spending panel for the departments of Education, Health and Human Services, and Labor — cautioned against holding over the spending process until next year.

“I don’t think any new Congress should be forced into trying to do the last Congress’ work — and even more so if you’re changing control,” Blunt said. “I just think it’s asking for big problems.”

Montana Democratic Sen. Jon Tester, chairman of the Defense Appropriations subcommittee, said negotiators can reach agreement ahead of McConnell’s Dec. 22 deadline if they have cooperation from Republicans.

On House Republicans’ plan to oppose an omnibus spending package, Tester said, “If these guys want to run the country into the ground, they can do it. But it’s not the responsible thing to do.”

Shelby said Senate Republicans are negotiating with Democrats “because some of the House Republicans have not shown as much interest in getting an omnibus.”

Shelby noted that McCarthy is “focused on” amassing the votes needed to be elected speaker during the next Congress when the GOP regains control of the House.

“I think he’s got a lot of power,” Shelby said. “But I think at the same time, it’d be up to the House to vote for the omnibus, and I think they will.”