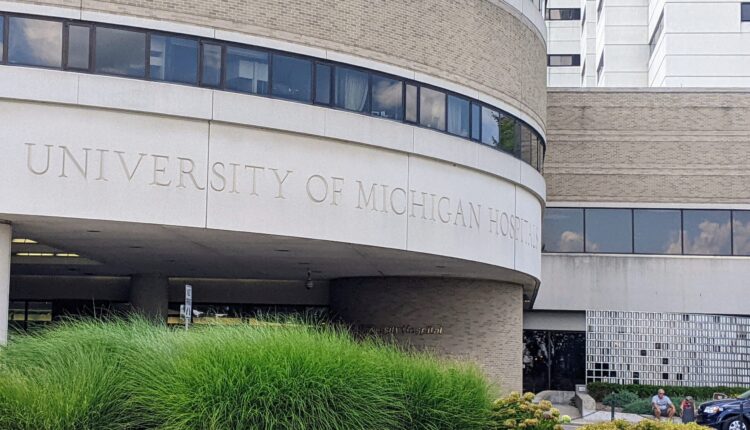 At the University of Michigan’s hospital in Ann Arbor, nurses voted to authorize their union’s bargaining team to call for a strike, while just several miles away, professors at Eastern Michigan University (EMU) will decide Tuesday whether to do the same.

The strike vote by the more than 4,000 members of the University of Michigan Professional Nurse Council (UMPNC), a subset of the Michigan Nurses Association (MNA), began Aug. 27. Results announced on Friday showed 96% voted yes.

Nurses at U of M have been working without a contract since it expired on June 30.

Union leaders allege the university’s administration has illegally failed to address chronic understaffing, among other issues, in its ongoing negotiations with the union. The University of Michigan Board of Regents holds the contract with UMPNC.

“The vote shows that thousands of nurses are united in standing up for their rights and demanding respect,” said Renee Curtis, RN, president of MNA-UMPNC. “We will not sit by while the university violates the law, especially when it comes to their refusal to negotiate over safe workloads. Nurses are ready to do whatever it takes to hold the university accountable.”

The vote means a strike could be scheduled at any time. The nurses have been working without a contract since July 1.

In a statement, Michigan Medicine spokesperson Mary Masson told the that the vote was regrettable.

“University of Michigan Health’s leaders are disappointed that the U-M Professional Nurses Council authorized a strike rather than working to achieve a positive result for our nurses at the bargaining table, especially when we are so close to resolution,” she said. “This vote authorizes a strike, but no work stoppages have been scheduled. Patients can still expect to receive the same high quality care at our hospitals and health centers. We are currently planning to ensure safe staffing levels if a work stoppage occurs.”

University of Michigan nurses paint a rock on the school’s campus as they prepare for an informational picket on Saturday, July 16. | Photo courtesy of the Michigan Nurses Association

Meanwhile, the EMU-American Association of University Professors (EMU-AAUP) announced Sunday that union members will vote on Tuesday whether to authorize a strike at EMU.

Classes began on Aug. 29 while the more than 500 tenured and tenure-track faculty have been working without a contract since Wednesday, Aug. 31. A previous offer was rejected by the union last week.

“Our goal remains a fair settlement but unfortunately the EMU Administration is throwing every possible obstacle in the way of a new labor agreement,” said Matt Kirkpatrick, associate professor of English language and literature at EMU and chair of the EMU-AAUP negotiating team. “The uncertainty and instability of forcing faculty to work without a contract is tremendously unfair to our students, especially after everything we’ve all been through in the past two-and-a-half years.”

Compensation and health care premiums remain the main points of contention. Union leaders say a “massive increase” in costs for health care will result a net loss of salary for EMU-AAUP members.

“If administrators — who have been raising their own salaries – think we deserve a pay cut they should at least be honest about it,” said Kirkpatrick.

“We understand the union’s frustration with being asked to share more of the increasing costs of providing healthcare to employees and families,” said Kraft. “But there are very few employers and employees in the United States, or among the other bargaining units at this University, that have not had to make similar adjustments to health care costs.”

However, the union says the numbers speak for themselves.

“Administration has proposed an increase to base pay by $3,600 in year one, this amount will not even cover the increased premium for the first year, which they raise from $3,018 to $8,343,” said a statement. “The costs will average $982 per participant in the PPO and High Deductible plan.”

If members vote to authorize a strike on Tuesday, a faculty work stoppage can begin as early as Wednesday.