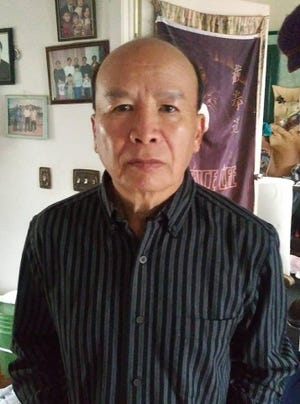 LANSING – Two Michigan men have been charged with murder in connection with a cold case killing of a Lansing hunter on state land in 2018 during firearm deer season.

Chong Moua Yang, 68, was shot and killed while he was hunting at Rose Lake State Wildlife Area in Bath Township on Nov. 16, 2018.

Rose Lake is a public hunting area and Yang was wearing orange hunting gear when he was shot along the 8500 block of E. Clark Road near Upton Road, Bath Township police have said previously.

Police were dispatched to the area after family members called 911 concerned that Yang had not returned and may have suffered a heart attack.

Police said a backpack and Yang’s gun were taken from him. Police reviewed several trail cameras at the time and interviewed at least two people who determined they were not involved.

Bath Township police in November released an image of the gun Yang had that day, a Remington 1100 12-gauge shotgun, in hopes it “may have been sold, gifted, or possibly hidden for the past four years,” and that someone would recognize it.

Olson and Rodway were arrested Thursday morning in Ionia County District Court on charges of felony murder and felony firearm and are being held without bond.

It was not immediately clear whether they had attorneys.

Nessel’s office said Yang’s family volunteered to look for him and when they arrived, they found his car in the Rose Lake parking lot and followed two sets of footprints which led them to his body.

When police arrived, Nessel’s office said, they found Yang lying face down with what appeared to be a gunshot wound to the head.

Witness testimony and a plastic bag with hunting spray that was recovered near the scene led police to Olson and Rodway, Nessel’s office said.

“The Bath Township Police Department worked closely with the Federal Bureau of Investigation and other local agencies and prosecutors to gather evidence, establish a timeline of events, and locate the defendants,” said Nessel. “I am grateful for their persistence and hard work in pursuing this case. Chong Yang’s family deserves justice, and we are working hard to make sure they receive it.”

Olson and Rodway are scheduled for a probable cause conference at 1 pm Jan 5 and a preliminary hearing at 2 pm on Jan 12.