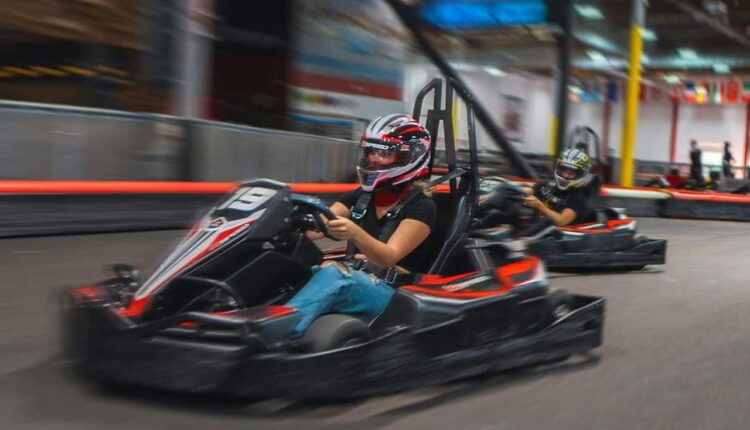 GARFIELD TOWNSHIP, MI – A former department store near Traverse City is on track to become a go-kart racing center, The Ticker reports.

Plans to call for the former Sears department store at the Cherryland Center, 1212 W. South Airport Road in Garfield Township, to be transformed into a K1 Speed ​​franchise, the report said. Target opening date is summer 2023.

K1 is known for its high-speed go karts, which have 20 horsepower and go up to 45 mph. The project by new Sears building owner Ulysses Walls, a cardiologist from Alpena, is sure to get the heart pumping.

With unanimous approval from the Garfield Township Planning Commission last week, the entire building can be used for indoor recreation, the report said. Project plans call for an arcade, a restaurant and bar, plus possible laser tag, mini golf and a trampoline park.

K1 Speed ​​is a California-based company with 61 locations around the world, including one in Oxford, Mich. The Traverse City-area location will be the second in Michigan.

Former Ann Arbor McDonald’s to be replaced by Mexican restaurant

KHN’s ‘What the Health?’: The Covid Response Coordinator Speaks