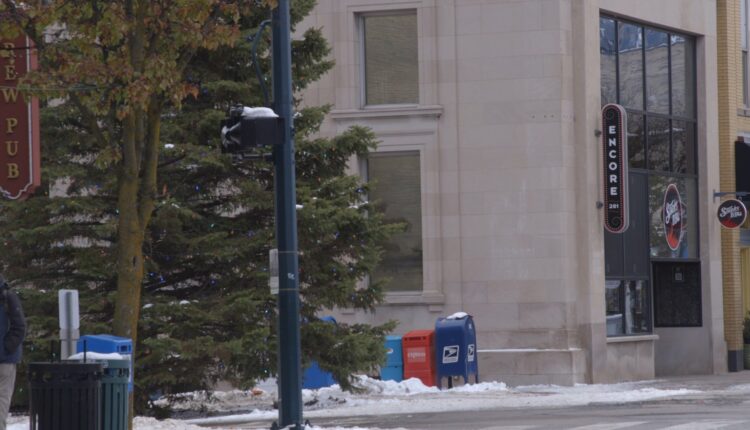 The annual tree lighting ceremony in downtown Traverse City was supposed to take place over the weekend, but was postponed due to bad weather.

The new date is a weekday, Tuesday Nov. 29, making it difficult for some to attend.

“We had probably close to 100 gallons of hot chocolate. So it’s still ready, but we’ll have to save it for next Tuesday,” says Guy, owner of Espresso Bay.

Some businesses like Dan’s are worried the new date won’t bring as many people to downtown.

“I would expect that the crowds would be smaller being on a Tuesday this year” says Guy. “It will probably just depend on the weather on Tuesday to see how many people end up coming down for it. But hopefully people will still come down and bring their kids.”

The Downtown Development Authority says they’re expecting a fun event, even on a weekday.

“We’re hoping to have the same celebration and spirit. I know that all of our participants for the light parade are still in for the Tuesday, Nov. 29 date. So come on out and and we’ll have a great celebration,” says Abby Taylor, the Downtown Experience Coordinator.

Transit for Detroiters with disabilities at risk after contract rejected