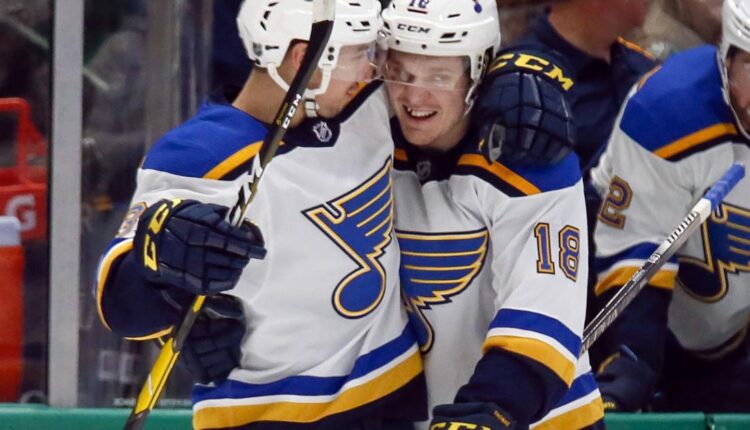 The future is now for young Blues Kyrou and Thomas | St. Louis Blues

“He was drafted the year before but he gave me a lot of advice when I went to my first camp,” Thomas added. “And that last year we were always texting and kind of hanging out in junior days, especially at World Juniors. It was pretty cool getting together.”

While pointing out that all players develop at different rates, Blues coach Craig Berube doesn’t necessarily agree with the notion that it took Kyrou longer to find his way.

“Jordan Kyrou went to the minors and produced down there,” Berube said. “He was a point-a-game or more. We got him up here pretty quick, I thought. And had a few setbacks, I think it was injuries and things like that.

“But I don’t know if Thomas made faster progress than he did. It was pretty much the same. Thommer didn’t go to the minors; we kept Thomer up here. He started out as a fourth row player, didn’t have much powerplay time and got better and better over time.