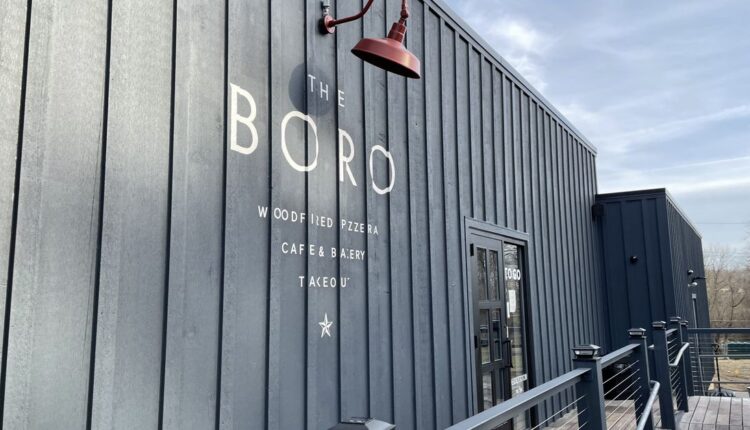 The Dixboro project with the Dixboro House Restaurant and Boro Cafe, which opened this spring in Ann Arbor on Fleming Creek

After four years of planning and construction (and a pandemic), Ann Arbor restorer Sava Farah’s vision for the Dixboro project is now closer to reality. The complex comprises three different concepts under one roof: the gourmet restaurant Dixboro House; Everyday Café Boro; and Boro To Go take-out service. The latter opened earlier this year for breakfast, lunch and dinner with outdoor seating on the deck. Both the Boro and Dixboro houses should open in May and June, respectively.

The Dixboro project is located in a converted barn on over six acres of land in northeast Ann Arbor. Originally built in 1880, the barn served first as a farm cupboard and then as Lord Fox in the 1920s – a legendary local hangout for more than 50 years. Roger Monk’s bar and restaurant were last here before they closed in 2016.

After Farah and her husband moved nearby, they went to Roger Monk’s for cocktails. She saw the potential there. When plans were announced to convert the barn into office space, Farah said she took the opportunity.

Together with partner and chef Louis Maldonado, Farah envisions the Boro as a kind of meeting place, with its extensive outdoor areas and connections to the Fleming Creek nature reserve and the nearby sub-areas. “We have already heard from people interested in meeting here for their clubs,” says Maldonado. “I have a feeling that there is a demand for fine dining in this area. But there was also a need for an everyday place, ”adds Farah. 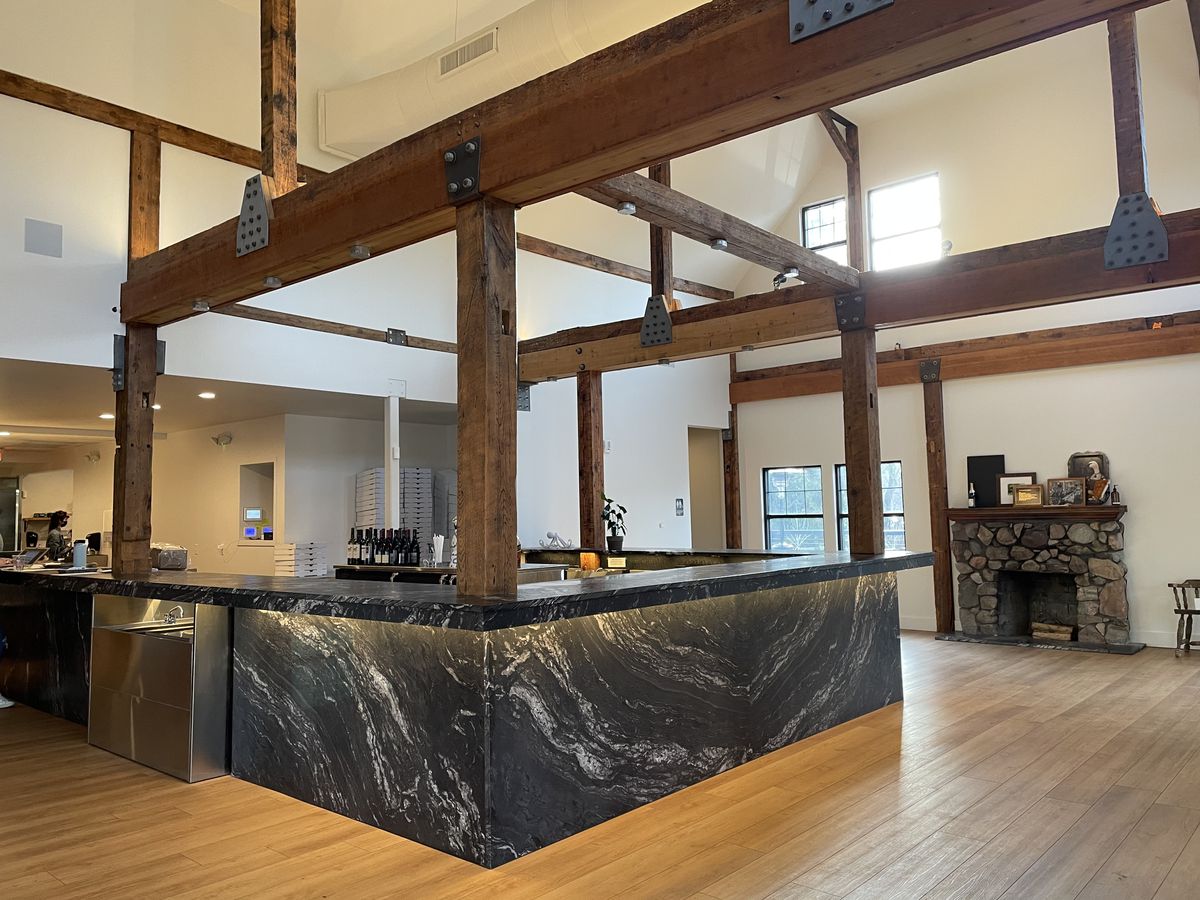 For Maldonado, the opportunity to open the Dixboro project came with a desire to change the scene for his family. He built a successful culinary career in the San Francisco area, including at French Laundry, Aziza and Cortez, where his work was awarded a prestigious Michelin star. He later made it to the final of Top Chef and in 2018 received another unique award as “Sexiest Chef Alive” from People magazine. His wife Annemarie is also a cook and managed the pastry program in the Michelin-starred Mourad Restaurant with stations in the Tartine Bakery and the French Laundry.

For five years, the couple had been planning a simpler and more affordable lifestyle. When the opportunity arose for the Dixboro Project, the cooks left California for Ann Arbor.

Then the pandemic hit.

While Maldonado waited for the Dixboro project to move forward again, he worked to update the menu at Farah’s Sava’s restaurant in downtown Ann Arbor. With every cycle of COVID-19 restrictions, closings and reopenings over the past year, Maldonado and Farah took the opportunity to evaluate Sava’s operations, tweak the menu and perfect the service. Months of delays also meant not affecting the overall vision for the Dixboro project. “Every time it happened, we doubled everything,” says Maldonado.

The existing structure for the Dixboro project has been used as a restaurant since 1934. Farah was hoping for a renovation and a possible expansion. However, it was becoming increasingly clear that a full refurbishment was warranted. The barn that housed the previous restaurants still has the original stone fireplace, but the main bar (where Farah first dreamed of the project) has been replaced with an eye-catching, dark-cut granite version reminiscent of a modern kitchen with an open concept and wood stove adjoining.

The dining room has a vaulted ceiling with a two-story glass wall. The woods from the 19th century give the room an airy, rustic and yet elegant ambience. Multiple decks and expansive lawns offer guests views of Fleming Creek. 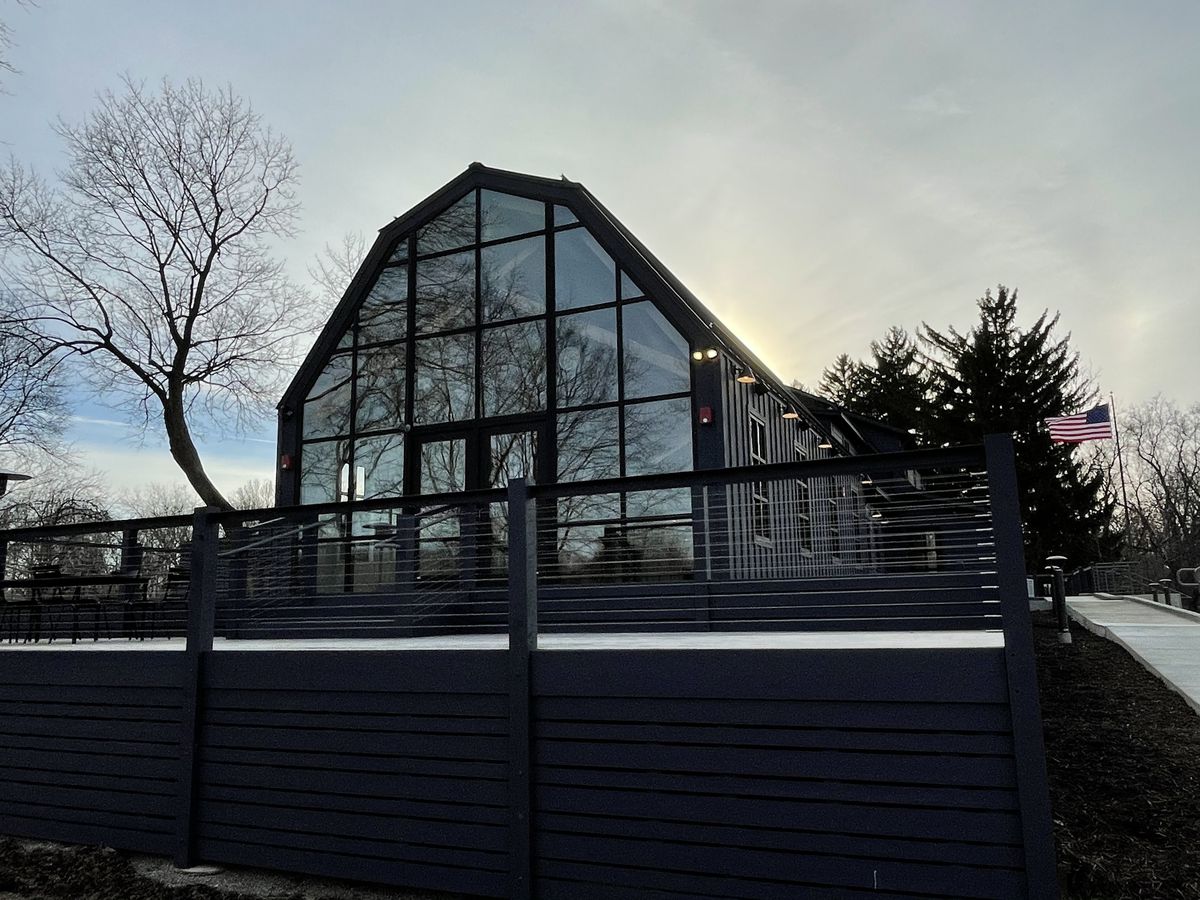 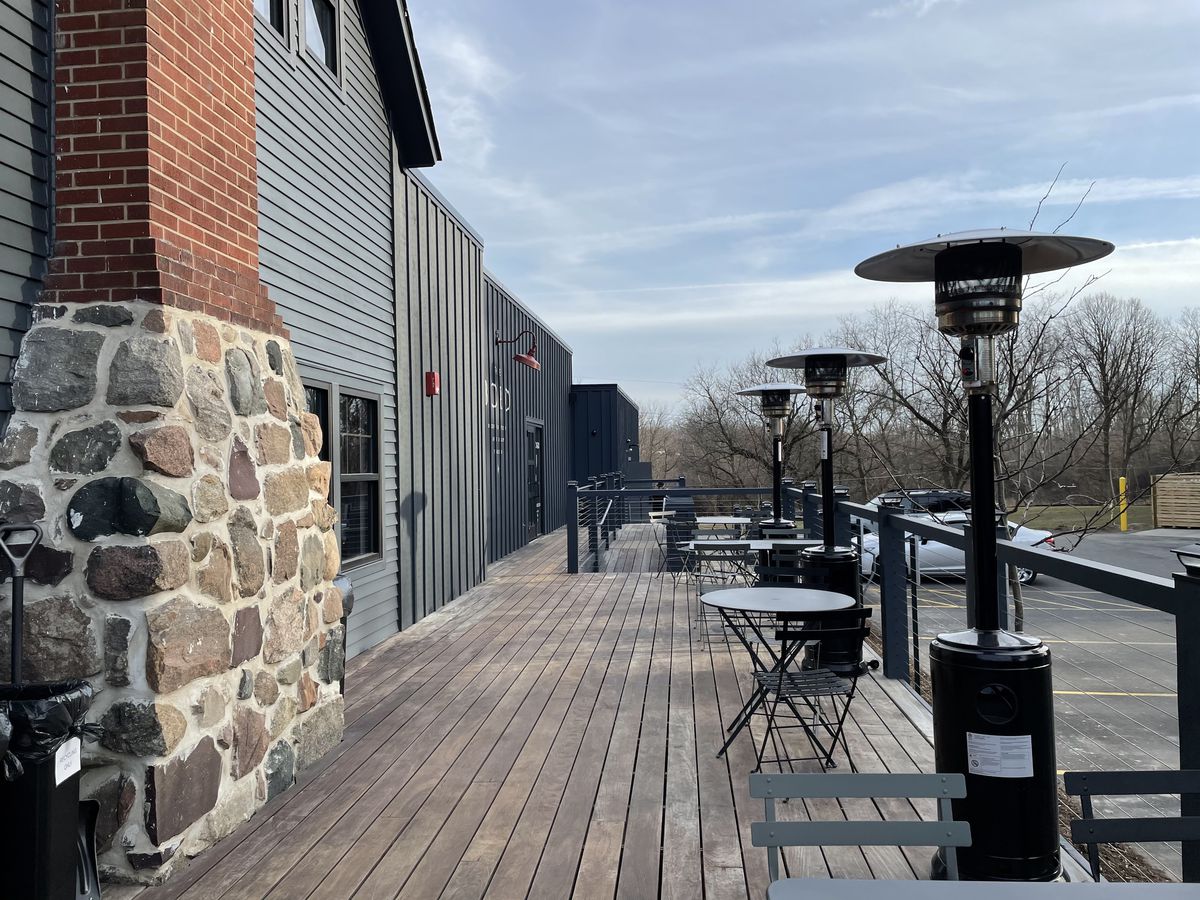 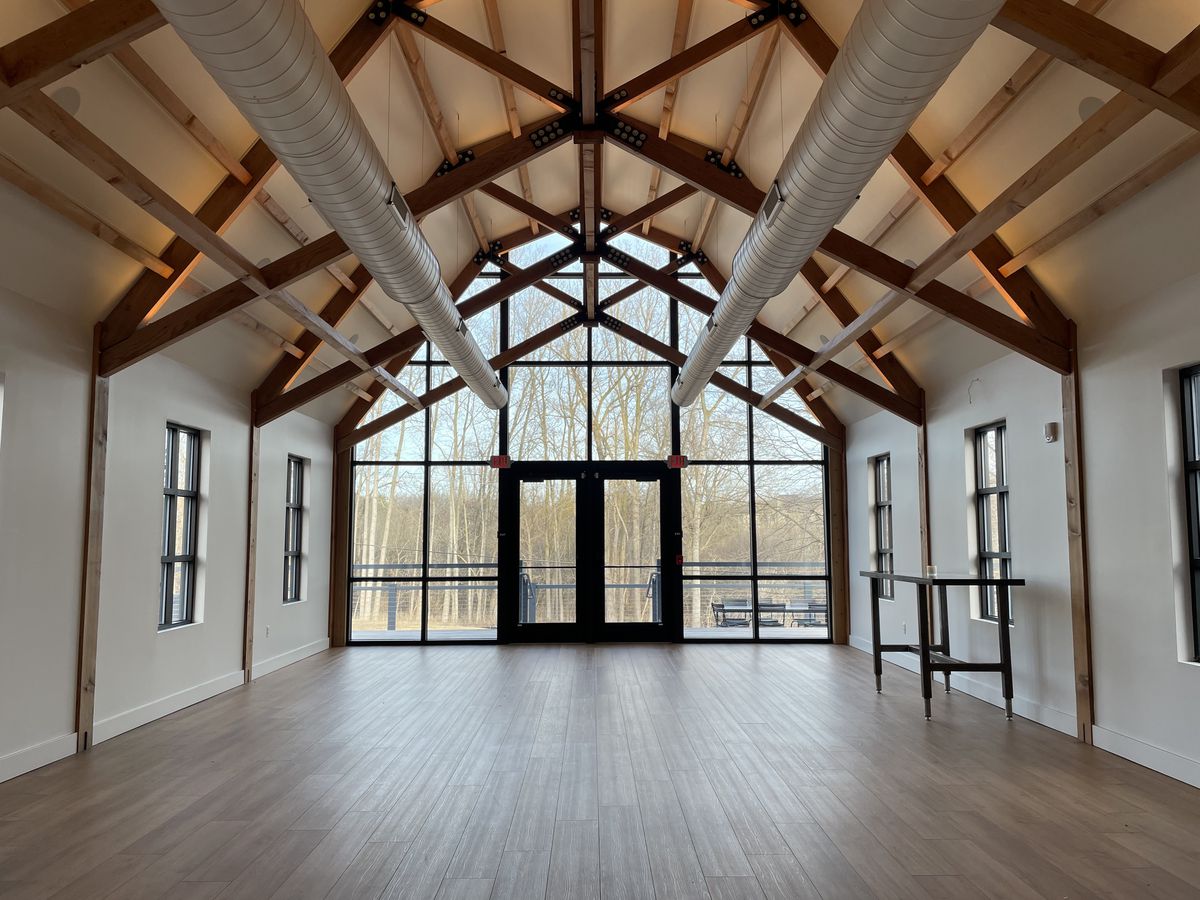 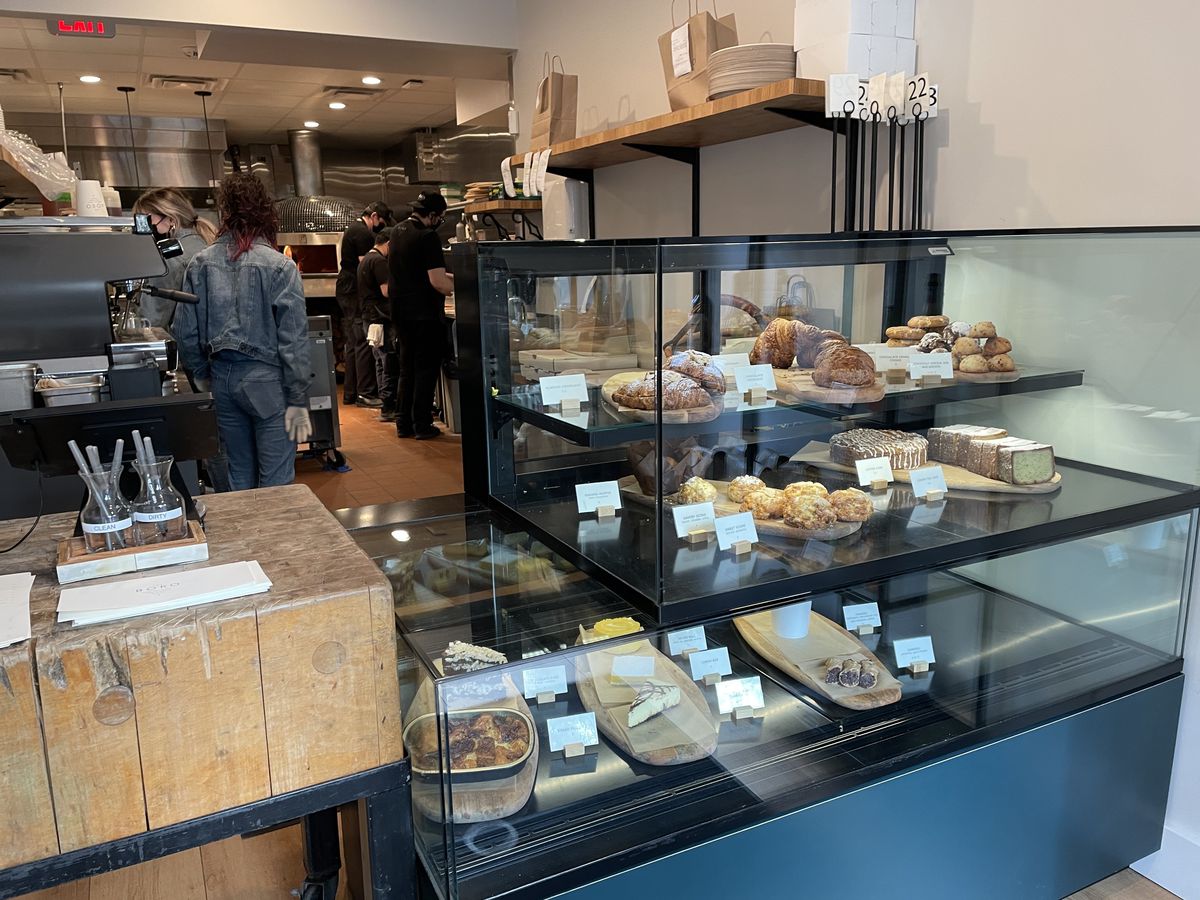 Described as a luxurious, upscale restaurant, Maldonado says the Dixboro House will be “unlike anything else in the area.” Comparing the restaurant to Chicago establishments, the chef envisions bespoke 4-course, fixed-price menus filled with modern French dishes, seafood, and table-top preparations.

Once open in May, the Boro serves breakfast in the morning and a variety of sandwiches, salads and starters for lunch and dinner, highlighted by a selection of wood-fired pizzas. Chef Annemarie Maldonado’s desserts and pastries round off the menu. All items are currently available to take away through Boro To Go. The bakery and café even have their own entrance on the side of the building.

While each of the three concepts of the Dixboro project is aiming for different price points, Maldonado says the quality will be consistent across the board. “There is one kitchen for all three restaurants, and every single item comes from one place, from the same hands,” he says. “In this way, the techniques and the attention to detail become visible across the board.”

As Farah and Maldonado prepare to finally debut the Dixboro project this summer, the partners see it as a high point of their careers. “We have invested so much here,” says Farah. “This is a rare opportunity to take a place with 100 years of history and build something for the next 100 years.”

3 ‘Wolverine Watchmen’ ordered to stand trial for alleged plot to kidnap Whitmer, others | Cops and Courts