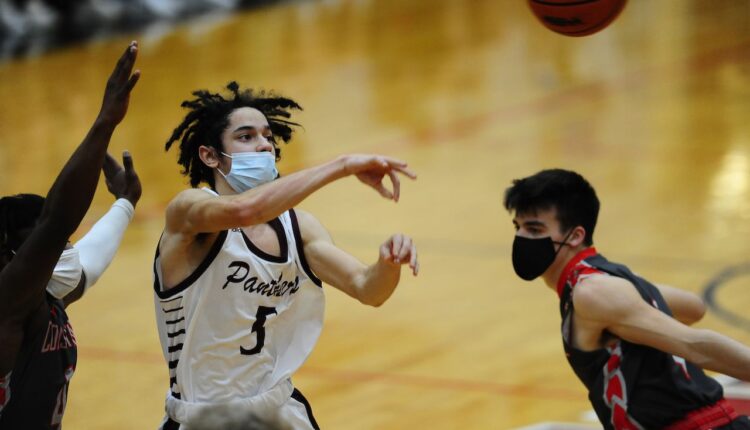 PAW PAW, MI – Whenever the ball left Tony Williams’ firing hand in Tuesday’s playoff opener against Constantine, anything but a shot was a surprise result.

The parchment point guard scored 32 points on 12 of 17 shots, including a 6 of 8 from a distance, all of which accounted for only three quarters of the Panthers’ 87-50 victory over the Falcons in the Division 2 quarterfinals.

The points and precision shooting weren’t entirely unexpected for the talented junior, who averaged 19 points per game in his sophomore season. Less than a month ago, however, Williams wasn’t sure he would even be on the pitch during the 2021 campaign.

Williams moved to Detroit’s Martin Luther King High School over the summer, but returned to parchment in November.

Although he refused to go into detail about the decision to move across the state, he said it was a COVID-19 issue and he was aware that returning to his hometown of parchment would likely put him back for his junior Basketball season ineligible, based on the Michigan High School Athletic Association’s transfer rules.

When the high school basketball season finally started in early February, Williams couldn’t train with his team, but had to train with his older brother and watch parchment from a distance.

“I spent time lifting weights, exercising, and dribbling with my brother every day,” said Williams. “It was hard because I wanted to be out there with them too, because these are my boys, so it was really hard.”

Williams accepted the fact that he would likely have to wait until his senior year to wear Maroon and White, but he and head coach Corey Vines decided to file a transfer waiver with the Michigan High School Athletic Association to give him one last try ahead of time back on the square.

In a surprising turn of events, the MHSAA granted Williams’ waiver so he could begin training in the first week of March and play his first game against Kalamazoo Christian on March 9.

“It came out of nowhere,” Williams said of the news that he could play in his junior season. “I was super excited; couldn’t sleep that night. “

It wasn’t long before Williams resumed his old role as he was greeted again by his teammates in practice.

“The children were delighted; Everyone was overjoyed, ”added Vines. “They know what kind of player he is and they know what he can bring to the table. So they were very excited.”

Parchment held a 6-3 record when Williams made his season debut against Kalamazoo Christian on March 9, and he made an immediate impression with a team high of 18 points in a 56-50 win.

“It felt good to be back with the boys and just play,” said Williams. “I mean, I was excited to play and then it was a big win against K-Christian, so that proved something.”

“It was great,” said Evan Jasiak, senior at Parchment, as he brought Williams back into the line-up. “I mean, we had a good team before and just added Tony, that really got us over the edge I think. He’s a great ball handler, a great passerby. Obviously he can score and he’s a great team-mate. If you add up all of these things, he helps us a lot. “

Parchment has been 6-0 since Williams returned, and the junior has enjoyed every opportunity.

“I’m having a lot of fun,” he said. “This is probably the best season I’ve had so far, definitely the most fun season.”

Of course, it’s easy to have fun when you get 32 ​​points in three quarters and finish your team with 87 points on 14 out of 29 shots from a distance.

Thanks to Williams’ shoot-out, Constantine played catch-up all night and was never able to reduce his deficit to single digits at any point in the second half.

“He was in a zone; He was ready and I think if you don’t play half a season you will get there, ”said Vines. “He had time to make up, I think. I told him to just be different, come out and play your game, and it was great. It was fun to see it light up. “

Aaron Jasiak added 22 points on 8 of 13 shots, including 6 of 9 from 3-point range, while Andre Whiteside scored eight points and 12 rebounds. Kofi Barima also had a strong game off the bench with eight points and eight rebounds.

Parchment will face Three Rivers (8-3) in the district semi-finals at 7 p.m. on Thursday in Paw Paw, and Williams said he likes his team’s chance to claim the Panthers’ first district title since 2010.

“I have a good feeling we’re going to win this district ship,” said Williams. “We’re on the move, however, so we have to keep working, stay in the lab and that’s all that goes with it.”