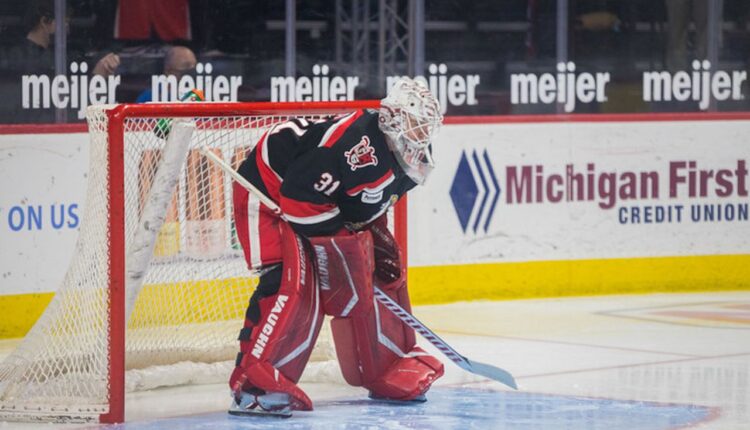 Calvin Pickard scored 20 saves in his first game with the Grand Rapids Griffins in more than a year on Tuesday night at the Van Andel Arena.

Pickard’s solid performance wasn’t enough, however. Rockford’s Dylan McLaughlin scored 19 seconds in extra time to give the IceHogs a 2-1 win. McLaughlin, who beat the Griffins with an overtime goal on Saturday, found a loose puck in the right circle and threw it over Pickard for the game winner.

Grand Rapids took a 1-0 lead with a goal from Chase Pearson 10:26 in the first half. Dylan McIIlrath shot down and found Pearson. But the IceHogs tied it 1:15 to the second when Gabriel Gagne tapped McLaughlin’s feed from the left.

The Griffins the IceHogs 47-21, but Rockford received another strong performance from goalkeeper Matt Tomkins. Tomkins hit a career high of 46 saves, breaking his previous high of 42 against Grand Rapids on Saturday.