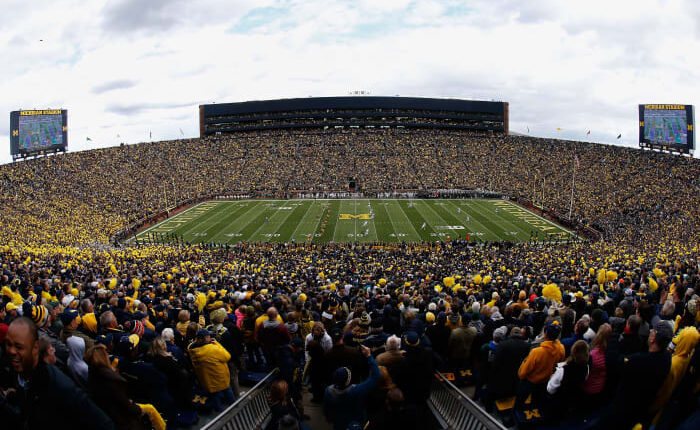 Our most read articles of 2022

ANN ARBOR – Believe it or not, this year has almost come to a close.

2022 wasn’t a cakewalk but did have some really good moments, and a lot of newsworthy ones. We combed through our archives of this past year to see which articles our readers interacted with the most.

From May: Tree Town lost another long-time resident restaurant this year.

bd’s Mongolian Grill, which has operated for 28 years in Ann Arbor., was closed on May 19. A note left by a building inspector cited unsafe conditions.

A statement from the brands said that the restaurant “couldn’t come to terms with the landlord” regarding structural issues with the building. Read more here.

Football was BIG this year. With the Wolverines stomping all over their opponents, a lot of our readers were hungry for Go Blue news, and a lot of rival fans weren’t happy.

Two weeks after this year’s UM vs Ohio State game, comments made by some Wolverines at the Heisman Trophy ceremony caused Ohio State fans to go into meltdown mode. See what was said here.

From November: I don’t know anything about football, but Derick does and he had some thoughts on comments around the Wolverine’s off-conference game schedule.

But so did a lot of Wolverines fans, especially after the season’s first CFP rankings were released. Take a look.

From August: All aboard! An Ann Arbor-Traverse City passenger railway got one step closer to being realized this year.

United States Secretary of Transportation Pete Buttigieg announced that project partners would be awarded $1.3 million to advance their planning study on the new railroad route. Check out maps of potential stops.

From September: Like I said, the football rivalry was intense this year and people had A LOT of opinions.

From January: Long before the ’22 game season kicked off rumors started circulating that Wolverines head coach Jim Harbaugh might be tempted away from the Ann Arbor-based team.

Some said that he was entertaining offers from NFL teams, while others were certain of his maize-and-blue spirit. Here’s what they were saying.

7. 13 reasons why the state of Michigan is better than Ohio

From November: Michigan is better than Ohio. Enough said.

However, if you really need some reasons as to why the Mitten state beats the Buckeye state in every way, Ken has 13 of them. Check them all out here.

From October: Right after the end of the UM-MSU game, video started circulating of altercations between players of both teams.

Players, fans and coaches had a lot to say about the event, which ended up resulting in criminal charges for some MSU players. Here’s what coach Jim Harbaugh had to say.

9. University of Michigan Board votes to remove Dr. Mark Schlissel as president after rehearsal

Read the Board’s full statement on the incident here.

10. Man accused of planting cameras in bathrooms arrested in Ann Arbor: Here’s the list of locations

From September: A serial Peeping Tom was arrested (again) and accused of planting cameras in bathrooms around Ann Arbor including at Gallup Park, Hampton Inn, Wyndham Garden, two stores in Briarwood Mall and three coffee shops.

The man had previously been released in January after being imprisoned for similar crimes. Here’s what we learned.