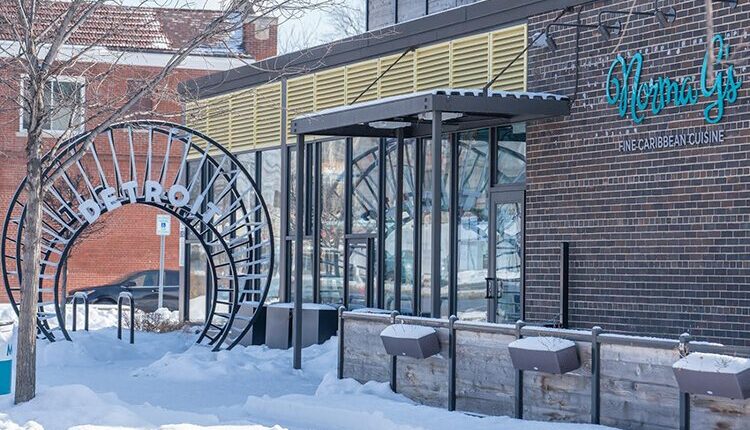 One good placemaking project deserves another, as the saying goes.

When the Downtown Detroit Partnership first unveiled a light display labeled “Detroit” in large block letters as part of their Detroit Aglow programming in 2019, the installation at Randolph Plaza became a popular destination for photographers and their social media posts.

The light display also had other advantages.

“We had such good feedback from the small businesses around the sign that they saw an increase in customers. We thought it would be good to build a second, ”said Gina Cavaliere, Chief Community Impact Officer and BIS Director of the Downtown Detroit Partnership.

“Our board of directors sees the value in this. You keep emphasizing how important it is that everything we do in the city center is reproducible in the neighborhood. “

Funded by the Downtown Detroit Partnership and the DTE Energy Foundation, the Detroit Sign is a landmark that drives from city to city, encouraging people to get out of their cars onto the sidewalks and, hopefully, the small businesses of Detroit’s commercial corridors the neighborhood.

The structure itself is a 10 foot by 10 foot aluminum frame fitted with LED lights that can change their colors. With Detroit on the circular frame, the structure appears as a gateway-like invitation to every neighborhood it is in.

And that’s by design. The Detroit Sign is light enough to be moved by one or two people and is powered by standard electrical outlets. It’s supposed to move around town, lasting six to eight weeks at a time.

It was designed and manufactured locally by Studio Incognita and Metro Signs & Lighting.

“This is designed to withstand the elements and can be moved all year round. Expect this program to last for years, ”says Cavaliere.

In the days leading up to Christmas, the sign made its debut outside Mike’s Fresh Market in the Live6 neighborhood. It is currently located outside of Norma G’s restaurant in Jefferson Chalmers.

“The intent here is to create a source of community pride. Detroit is a community with many unique neighborhoods that aim to benefit the entire city, ”says Cavaliere.

“At this point, our business corridors need additional support. We want to help promote pedestrian traffic and local pride. “

Do you have a development message to share? Email MJ Galbraith here or send him a tweet @mikegalbraith.