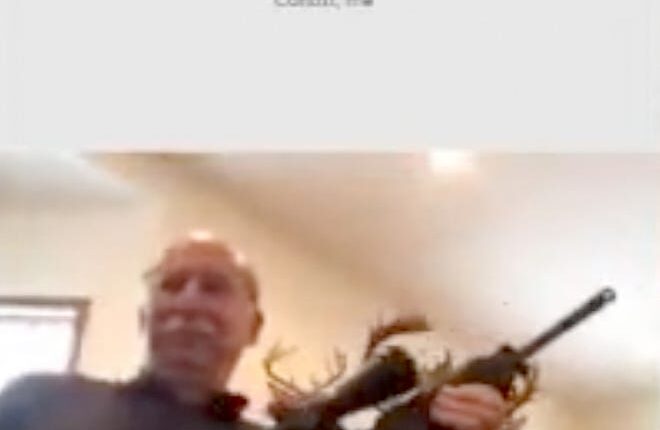 TRAVERSE CITY, Michigan – The Michigan attorney general is considering bringing charges against a county commissioner who showed a rifle during a public livestream meeting, a spokesman said Friday.

The move was prompted by a request from the Grand Traverse County Prosecutor for a state police investigation into Commissioner Ron Clous’s law, said Ryan Jarvi, spokesman for Attorney General Dana Nessel.

Clous and other members of the county board met remotely on Jan. 20 because of the pandemic. During a public commentary over the phone, local resident Keli MacIntosh criticized the chairman for allowing members of the far-right Proud Boys group to speak out in favor of declaring the county a “Second Amendment Sanctuary” last year.

Grand Traverse:An officer who flashed the gun during the Zoom meeting asked for resignation

While the caller was talking, Clous fetched a flood and held it in front of the camera before putting it aside.

The gesture generated local backlash and international headlines. MacIntosh filed a report with the State Police.

Rob Hentschel, chairman of the district board, told the Traverse City Record-Eagle that state police had contacted him and other commissioners about the matter.

“I understand that every time a district commissioner is involved, the case is referred to the state police and not to the local law enforcement agencies,” said Hentschel.

The Associated Press left phone and email messages looking for comment on Clous.

Jarvi declined to say which charges were being considered.

Letter: Zupin | Letters To The Editor