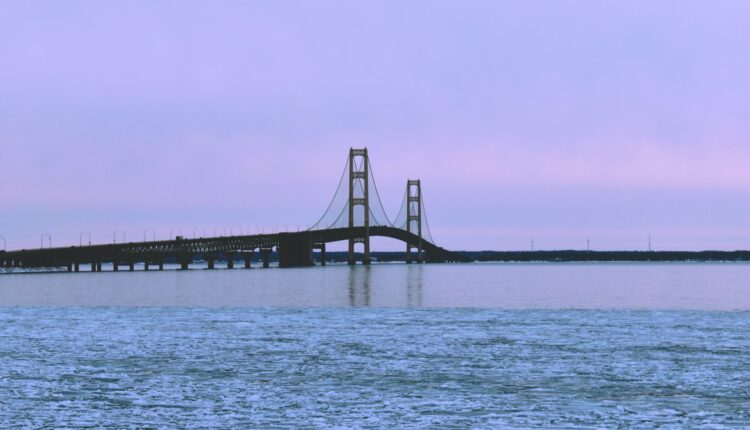 It has now been more than three months since any new documents have been filed in Nessel v. Enbridge, the 2019 lawsuit that is seen by many as the state’s last hope to shut down the nearly 70-year-old oil pipeline that lies beneath the Mackinac Straits after other suits have failed.

That may soon change, however, as Attorney General Dana Nessel confirmed to the Advance Thursday that her office is working on next steps to appeal the jurisdictional ruling that a federal judge made in August.

Before either side can debate in court whether Line 5 should be decommissioned ahead of its proposed tunnel-encased replacement being built, the question of where those arguments will play out remains the current focus of contention.

Attorney General Dana Nessel at the University of Michigan on Oct. 3, 2022 | Ken Coleman

Nessel filed the suit in Ingham County’s 30th Judicial Circuit on June 27, 2019. That state court is where her arguments, which are based on public trust protections and other state laws, have the best shot at succeeding.

But Enbridge, whose arguments would benefit from being heard in a federal court, moved last year to have the case removed to federal Judge Janet Neff’s domain. Neff in August ruled in Enbridge’s favor to keep it there, in the United States District Court for the Western District of Michigan.

Nessel has vowed to fight Enbridge to the end — and with her reelection in November over a GOP challenger who would have immediately dismissed her Line 5 case, the Democrat’s fight can once again carry on.

The next step for Nessel to do so is to win an appeal of Neff’s ruling.

An interlocutory appeal is “the appeal of a ruling that is not a final ruling on the merits, but which one of the parties believes is necessary to have resolved before the case itself proceeds,” Clark said.

“I believe the Attorney General believes that this was an absolutely fundamental error, that this case belongs in state court where it was originally filed.”

Nessel told the Advance on Thursday that she hopes to hear more from the federal government on Line 5 in the meantime.

“The federal government is going to have to carefully assess this situation,” Nessel said. “ … There is great interest in this matter, clearly, by the Canadian government. I haven’t heard a lot in the way of responses from the [President Joe] Biden administration. But, I think it’s incumbent upon the Biden administration in some way, shape or form to weigh in on this issue.”

Biden has never revealed his position on Line 5. It remains unclear whether the White House is supportive of Nessel’s attempt to shut down the aging pipeline.

But Nessel pointed out that former South Bend, Ind., Mayor and presidential candidate Pete Buttigieg — who since 2021 has headed up the U.S. Department of Transportation (USDOT) under Biden — is now a Michigander whose northern Michigan city would be heavily affected by a Line 5 rupture. Buttigieg publicly vocalized his opposition to Line 5 during the presidential primaries in 2020.

“The individual who oversees the Department of Transportation and PHMSA is now a Michigander — and not just a Michigander, [but] a Michigander who lives in Traverse City, which would be deeply affected by a Line 5 rupture,” Nessel said.

“So my hope would be that, sometime in the near future, we’re going to hear more from the federal government on how they view this issue. That doesn’t mean that I’m giving up any of our appellate rights, and it doesn’t mean that I’m giving up on the fight for Michigan to maintain jurisdiction and to maintain some sort of ability to have a say in what happens in our state as it pertains to pipelines and pipelines that are that are unsafe.

“But I expect at some point to hear something more from the federal government on this issue,” Nessel continued.

KHN-NPR’s ‘Bill of the Month’ at 5: A Treasury of Solutions for Confounding Medical Bills