Carry The Load will run through Grand Rapids and the surrounding areas as part of a 15,500-mile national relay on Wednesday.

The military nonprofit will walk near corporate and public areas in the greater Grand Rapids area including Millennium Park, Veterans Memorial Park, Grand Rapids Fire Department, and many other locations. A full schedule can be found below. 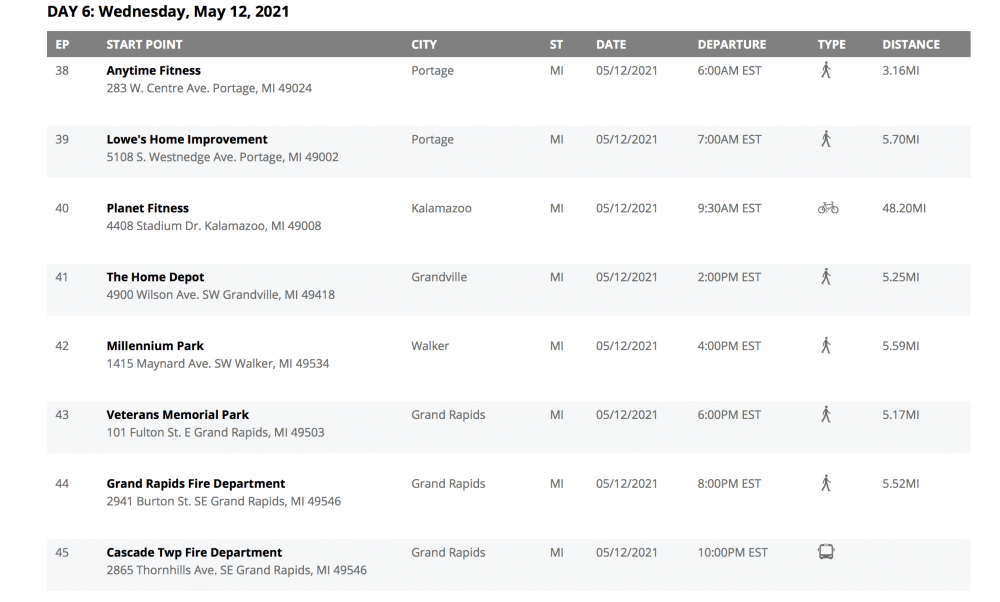 Registration is open for the entire event.

This year, people can attend events by having a Carry It Anywhere experience, organizing a Youth Carry The Flag activity, walking the national relay, attending a city rally, and fundraising for military personnel. Participants can also participate virtually throughout the 32-day event.

“After serving on active duty after September 11, many of us returned home after losing good men and women with whom we had served,” said Stephen Holley, Co-Founder, President and CEO of Carry The Load. “We were returning home to a nation that didn’t care. By walking by the side and sharing stories with hundreds of supporters for the past 10 years, we found that people care. “

In addition to an emotional healing opportunity for veterans, Carry The Load raises funds for services such as counseling, adaptive training, suicide prevention, internships, home improvement, educational scholarships for children of fallen soldiers, and many other services.