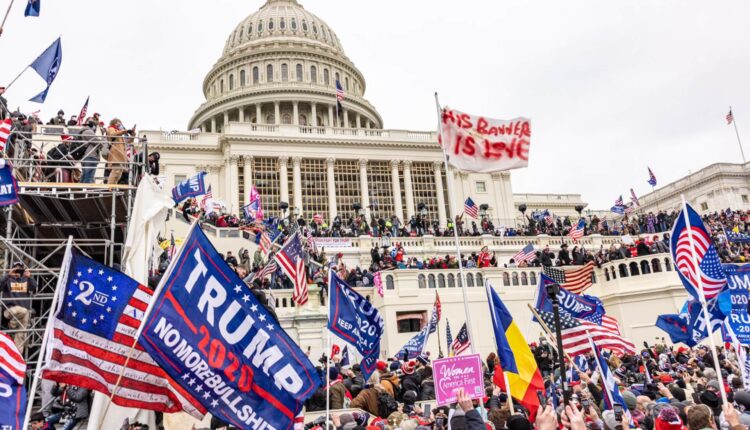 Details from the four public hearings of the Select Committee to Investigate the January 6th Attack on the U.S. Capitol have election officials and lawmakers looking at what this means for Michigan.

During the hearing Tuesday, the congressional committee detailed how Trump pressured states to certify false slates of electors for Trump, including in Michigan.

“No matter what you think, you’re not allowed to put forward a forged electoral certificate, whether you believe you won or lost,” said Eisen. “Advancing phony electoral slates, forged documents or electoral outcomes that don’t exist is vigilantism.”

Thomas said the documents signed by the fraudulent electors come “very close” to being considered forgery under state election law.

“I think it deserves a very close look to see whether or not it would actually be forgery,” Thomas said.

Attorney General Dana Nessel has said there’s enough evidence for federal prosecutors to charge the fake electors with crimes and that she referred the state’s investigation to federal officials.

President Joe Biden won the election in Michigan by 154,000 votes.

During the House select committee’s Tuesday hearing, pre-recorded testimony by former Michigan GOP Chairwoman Laura Cox, who headed the state party at the time of the 2020 election, said the false electors planned to “hide overnight” in the state Capitol building.

“Understanding the depth and variety of planning, and the clear understanding that what they were doing was illegal, against the Constitution and was not right and appropriate based on the secure and valid results of our election, puts on full display to me the shocking depth of the conspiracy,” she added.

The fake electors did not stay overnight in the Capitol and were stopped by security from entering the building on the day of the Electoral College meeting.

On Wednesday, the Defend Democracy Project released a report that focuses on the role of some high-profile Michigan politicians in efforts to undermine elections.

Among those individuals include Ryan Kelley, who is running for Governor and was recently arrested after the FBI received multiple tips about his involvement in the Jan. 6 attack, and Cox, who was subpoenaed by the congressional Committee for working with Trump attorney Rudy Giuliani attempting to pressure state lawmakers to overturn the election in Michigan.