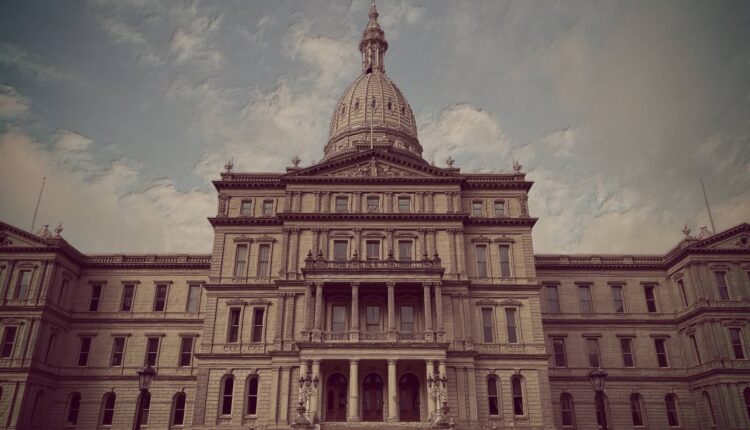 On Jan.13, 1993, state Reps. Curtis Hertel (D-Detroit) and Paul Hillegonds (R-Holland) were unanimously elected co-speakers of the Michigan House. They represented constituencies on opposite sides of the state and didn’t know each other very well.

“Shared power required the building of relationships,” Hillegonds told the Advance on Wednesday. “It was an amazingly productive period.”

The unique arrangement came as the chamber was divided with 55 Democrats and 55 Republicans after the 1992 election. In December, the two men met at a bar in Holt outside the Capital City to discuss their interests, families and the political way forward. It turned out to be the beginning of a good friendship.

State Sen. Curtis Hertel Jr. (D-East Lansing), a teenager at the time, told the Advance this week that the situation required a great deal of trust between his father, who died in 2016, and Hillegonds, as well as their caucus members.

“They sat down and realized that they weren’t going to be able to get one of the [opposite party] members on their side, so they were going to have to make it work,” recalled Hertel Jr., who was first elected to the Senate in 2014.

Under the mutually agreed upon leadership agreement, Hertel and Hillegonds alternated as presiding speaker each month. Meanwhile, the opposing party during that period would control the committees and the flow of legislation to the House floor.

Nearly a quarter of the Michigan Legislature’s lower chamber — 26 lawmakers — was a freshman. It was the era before term limits kicked in. The previous year, Michigan voters approved a measure that limited state House members to no more than three two-year terms and state Senate members to no more than two four-year terms. But members wouldn’t be termed out for years.

The GOP had held the state Senate for nearly a decade and Republican John Engler was governor, but the party had not led the state House in 24 years.

Dan Loepp, who was Hertel’s chief of staff at the time, wrote in his book “Sharing the Balance of Power: An examination of Shared Power in the Michigan House of Representatives 1993-94” that “Democrats had accumulated an almost two-to-one advantage over the Republicans in central staff positions.” Loepp is now president and chief executive officer of Blue Cross Blue Shield of Michigan.

Hillegonds was first elected to the state House in 1978 and served until 1996. After many years as an executive with DTE energy, he is currently serving as senior advisor to the Michigan Health Endowment Fund.

Hertel Sr. was first elected in 1980 and served in the state House until 1998. Another of his sons, Kevin Hertel (D-St. Clair Shores), serves in that chamber today. With both the House and Senate evenly divided at 110 and 38 members, respectively, it’s possible that there could be another electoral tie. So would a legislative power-sharing agreement work today?

Barb Byrum, a Democratic former state House member and current Ingham County clerk, was a child when she attended the 1993 opening session with her mother, Dianne, a House member at the time who would go on to be the chamber’s first female minority leader.

Barb Byrum questions whether such a process would work well in this era.

“I grew up expecting to work across the aisle,” Byrum told the Advance.

But she said the atmosphere was changing during her time in the House from 2007 to 2013.

“When I served, we were really starting to see the implications of term limits where people weren’t likely to reach across the aisle,” she said. “They didn’t know where the bathrooms were. They didn’t have trust built with their colleagues.”