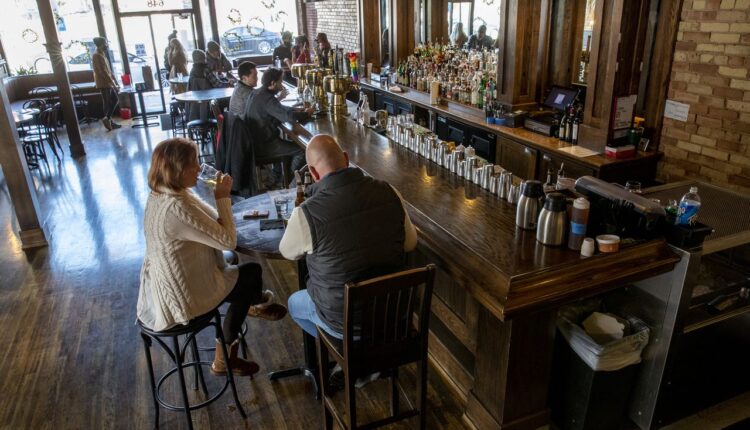 GRAND RAPIDS, MI – Paul and Jessica Lee opened The Winchester Restaurant in 2008 to honor the feel of a “home bar” and give a twist to classic club sandwiches.

The idea behind The Winchester, located at 648 Wealthy St. SE, revolved around travel, said Paul Lee, and a desire to create a “neighborhood bar”.

“We were the type of guy who didn’t go downtown, we loved neighborhoods,” Lee said of the couple. “And that’s how we always imagined what it would look like in each neighborhood, regardless of whether it was a big city like New York or San Francisco.”

Lee said the Naan Club has been the top-selling spot since the restaurant opened, rather than the traditional triple-decker club sandwich. Priced at $ 13, he said naan bread is the basis of the sandwich, which is stacked with fried turkey, bacon, arugula, smoked ham, white cheddar cheese, and a hearty chipotle aioli.

In addition to classic dishes, the restaurant also serves seasonal dishes. The chefs bring in new, creative dishes to try, Lee said, while still “holding on to the comforting feeling” by hosting specials like burger nights on Mondays.

Guests can enjoy their classic, olive, or weekly burgers with a select barrel for $ 14, a can for $ 13, or a glass of wine for $ 15, according to the website.

Currently, a popular dish on the menu is ramen. For $ 14, customers can enjoy roasted root vegetables, grated cabbage, roasted garlic, sesame seeds, and a dash of chili oil in wild mushroom broth.

To make the most of a comforting meal, customers can order beer and handcrafted cocktails like the Winchester Mule or The Pear Necessities.

Early in his career, Lee said he took a very different path while studying sports medicine at Western Michigan University.

During his sophomore year, Lee moved to Grand Rapids Community College to continue studying and eventually wanted to move to the East Coast.

However, Lee met a new group of friends and soon retired from college at Grand Valley State University, albeit with a different focus.

“When you’re young, you have all these great ideas,” said Lee. “I realized that sports medicine wasn’t what I wanted to do. In the meantime I’ve always worked in restaurants and it was just one of those things I didn’t know I loved. “

While on the night shift during college, Lee met his wife Jessica at a bar in Grand Rapids.

Lee said they were both nearing college and needed a “big boy or girl job”. He said he experimented with bartending and then moved into management as general manager for a year.

“I kept finding myself in the service industry,” said Lee. “I did everything from tables, hotlines, work in the kitchen, bartending and serving. I wanted to study sports medicine, but working in a restaurant was more natural and fun. “

Brunch is served every Saturday and Sunday from 11 a.m. to 3 p.m. and happy hour from 3:30 p.m. to 6:30 p.m. Monday to Friday. Customers can dine or collect their take-away order by phone, website.

You can find updates on the opening times of the restaurant on New Year’s Day on the Facebook page.

Paul Lee, co-owner of The Winchester, is pictured outside the Grand Rapids pub. (Skyla Jewell-Hammie | MLive.com)