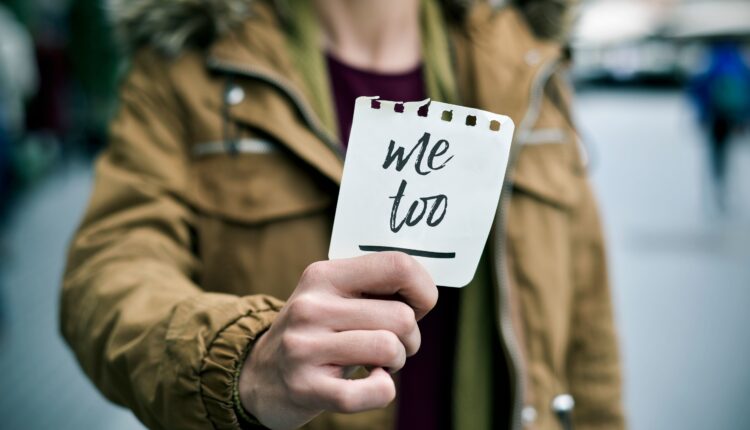 You are scared You are disgusted. You are intimidated. And you are trapped. Why? Because you have to pay bills and he controls the money.

This is a story that describes the situation of millions of women around the world throughout history. In 2017, we learned it is still happening in Hollywood thanks to the Harvey Weinstein scandal that set the #MeToo movement on fire. And now we are finally starting to talk about how this reality is part of the culture in Lansing, even in “progressive” circles.

In the past few days, the story of TJ Bucholz, CEO of Vanguard Public Affairs, has exploded towards his female co-workers in the relatively small world of Michigan politics. The shockwaves have broadcast as far as his alma mater, Central Michigan University, where some of his close associates are currently under scrutiny. (Bucholz has denied allegations by some employees and confirmed others, but said his actions were misinterpreted.) Like so many #MeToo scandals, the sudden outpouring is shocking – not just in its volume, but because it is a story and rumors were trading that people had known for years. For those of us who worked for TJ at Vanguard and left because of his abuse, it was gratifying that people finally understood and dealt with, but also mystifying: are you really that surprised?

It’s easy to focus on the flashy details and focus on the shock value of sexual inappropriateness. But that misses the point: if you don’t examine the dynamics that allow this to happen – the roles of power, money, connections – it will keep happening and only the details will change. To bring about real change, we need to turn to the people and power structures that make it possible, and not just to the perpetrator himself.

I say “yourself”, but let’s be honest: Boss can also be abusive, harass and terrorize her employees. I am sad to say it happened to me and my friends. That’s part of the reason I feel so strong that reducing what happened at Vanguard to the most appalling sexual text messages off too many people lets too many people off the hook.

I can almost hear employers thinking, “I would never be stupid enough to do this!” And they are right. You would not. But that doesn’t mean that they didn’t make the lives of vulnerable people miserable in their jobs or looked the other way when they knew something was wrong.

The answer comes back to money and power so often: when you walk out the door what will you do? It’s not easy to sacrifice a paycheck and reference at the same time, especially if it’s one of your first few jobs and your boss is well connected. If you are single with no savings, this is basically impossible. These abusive bosses know this. And they flaunt their connections so you know how threatened your reputation would be, especially in a small world like Lansing.

Why didn’t you “tell” or “say something”: to whom? In many organizations the reality is that the boss controls everything – “HR” is either absent or a loyalist who also depends on the boss for a living. It feels less like a solution than a facility for even more abuse.

Women definitely tell each other, trying to warn each other. But let’s be clear: it’s humiliating to be in these situations. I felt ashamed of not having insurance to beg for money that was contractually owed me. I felt like a professional failure. It wasn’t anything I wanted to send. Add to that being objectified and it almost feels like an invitation to speculate on whether or not you’ve been hired for your body rather than your talent.

We knew some people jokingly referred to Vanguard as “Hooters” – they might have thought they were making fun of TJ, but in reality they were making a group of smart, hardworking young women question whether they would ever really be appreciated for their brains could and professional skills.

The reality for these women – the stress, the financial instability, the missed career opportunities, the countless hours wasted in shame and agony, both on and off the clock – that is the real cost of this toxic culture.

Something is stolen from us when our professional lives are hampered by bias, abuse, and a system that has been tampered with in favor of a good old boys network. Sexism and racism are consuming your time, energy, mind, and spirit, and materially robbing you of unequal wages and opportunities that you cannot control.

We all need to look in the mirror and think about how we can do better. We all fell silent when we could have spoken and went along with something when we knew in our hearts that it was not right.

The next time you see someone and think, “Why are they there? Why are they staying? “- Help them. How? Help them find another job. Don’t just snore with your friends about how terrible their boss is or shrug your shoulders and walk away.

When hiring, ask yourself whether you are giving women and people of color a real chance, whether as individuals or as a company that you hire on a contract.

And understand that your “buddy” could be part of the problem. Cast a wide net and do the hard work to ensure fairness and opportunity.

It’s worth it. We are worth it.

Abby Clark is the owner of Athena Strategies, a progressive consulting firm.

‘Historical past with a dark twist:’ Carr presents an ugly past of Michigan’s famed names | News