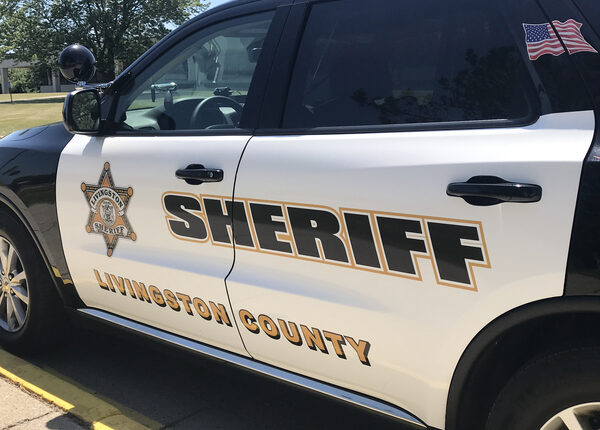 A man was taken into custody and stolen guns were recovered following yet another police chase—the third this week for the Livingston County Sheriff’s Office.

At around 1:20am Wednesday, deputies were informed of a white 2010 Toyota Tundra that fled from a Metro MSP Trooper when the trooper attempted to conduct a traffic stop on the vehicle that was not displaying a license plate while traveling westbound on I-96. A Livingston County deputy spotted the vehicle on I-96 near D-19 traveling at a high rate of speed.

Deputies searched the Toyota and located several stolen guns and a bulletproof vest inside the truck. They searched the area but could not locate the driver whom they believed to be the registered owner.

At around 7:30am, a Trooper from the MSP Brighton Post went into the Mugg and Bopps store at Oak Grove and Sanford Roads. The clerk informed the Trooper that a male fitting the description of the possible driver was in the bathroom. Additional troopers and deputies responded to the store and took the man into custody without incident when he exited the bathroom.

The Office says the 35-year-old Lansing man had several warrants for his arrest, including one out of the Lansing Police Department for felony armed robbery.

The incident remains under investigation by the Livingston County Sheriff’s Office.

Bleeding and in Pain, a Pregnant Woman in Louisiana Couldn’t Get Answers