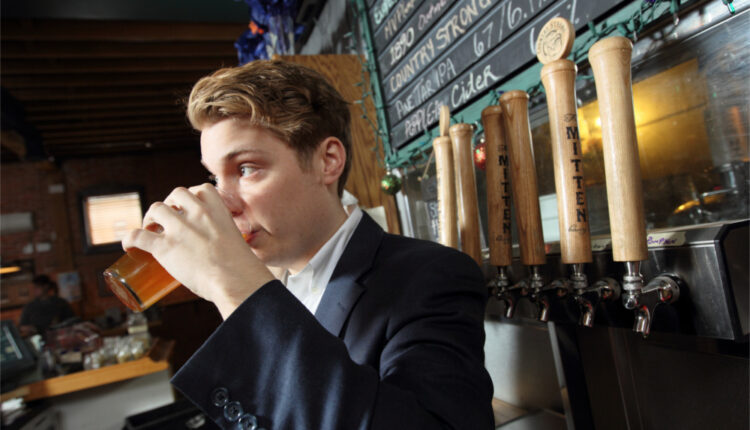 Michigan’s favorite beer is getting some new family members.

Last month, I caught up with Scott Powell, the senior director of marketing at Kalamazoo’s Bell’s Brewery as the Two Hearted Ale family expands with a variety pack and Hazy Hearted. The American Homebrewers Association has named Two Hearted America’s No. 1 beer multiple times in the last decade and in Michigan it’s nearly as common on tap at bars and restaurants as Miller Lite and Bud Light.

It wasn’t until recently that Bell’s felt it was able to catch up to the demand for Two Hearted, and while the brewery believes there is plenty of growth available nationwide for the brand, regionally, the Two Hearted family has brand awareness and trust that can be capitalized on.

“There is trust, that’s one of the things that helped Two Hearted grow, there’s a lot of equity in that name,” Powell said. “We take a lot of care if we put the Two Hearted name on something. It has to have the same quality and characteristics that the people have come to expect.”

In the past, Bell’s has already released Light Hearted Ale, a local version of the beer, and Double Hearted, a double IPA version. Along with Hazy Hearted, a variety pack is hitting store shelves as well with a few other Hearted family additions. Joining Two Hearted and Hazy Hearted are Big Hearted IPA and Change of Heart.

“When you go down any grocery aisle, they’re all filled with families of brands, consumers are more comfortable with brands,” Powell said. “It just makes the barrier to try something a little lower, because the trust is higher as long as it’s done right.”

Quick ice balls
There are times when ice is very important. Elegant ice cubes are all the rage, from big round balls to thick cubes. Over the holidays, I received an Iceegg machine, which claims to be the world’s first home ice sphere maker. The Iceegg can make two ice spheres in 50 minutes ad store up to 10 in a sleek, stainless steel countertop machine. If a mechanical ice machine isn’t your style, I also was gifted a giant copper-finished aluminum ice sphere shaper. From giant cubes in the freezer, the copper mechanism quickly shapes the cube into a sphere through gravity and thermal conductivity of the aluminum.

What’s Pat Drinking
Well, it’s Dry January, and I’m nearly two weeks through as I write this. The plethora of amazing N/A options certainly helps, but I’ve largely abstained from even those.
In a city like Grand Rapids where alcohol is celebrated, occasionally to a point of obsession, breaks should be encouraged. I’m certainly to blame for some, I did write a book on the city’s beer history, after all, so the least I can do is help spread the word of the benefits of taking a break.

Please do still support our local brewers and distilleries, even when taking a break. It is possible to indulge in their wonderful food menus without a boozy drink. And some of them even make delicious non-alcoholic offerings. If you are in need of a break, head to Alt City NA Bottles & Beer, which recently opened at 434 Leonard St. NW.The best non-alcoholic beers I’ve had are the red-hot Athletic Brewing Company and Heineken 0.0, which when cold tastes just like a real Heineken. There are plenty of spirit options, as well, but one of the more interesting one’s I’ve tried recently was a dual release by WhistlePig Whiskey. The distillery released a side-by-side ready-made Old Fashioned in a Wet and Dry variety. The ready-made cocktail was made in conjunction with Sunkist.