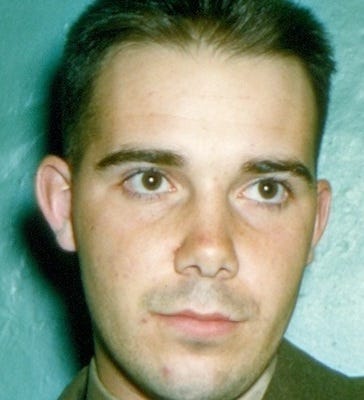 Kenneth Donald Michelson of East China Township passed away peacefully at the Medi-Lodge of St. Clair on January 3, 2023, at the age of 89. Born on February 21, 1933 in Detroit, Michigan to Earl George Michelson and Elaine Julia (Dewey ) Michelson, he was raised in Detroit and later in Marine City. From an early age, Ken had had the fine gift of drawing and lettering and used these skills to illustrate the world around him. Upon graduation from Marine City High School in 1950, he attended Port Huron Junior College (now St. Clair County Community College). In 1953, he joined the United States Army and was deployed in Korea in 1954 and 1955 as an artillery spotting and communications specialist on the front lines. Upon his honorable discharge in 1956, Ken began a career as an architectural draftsman working for at least three prominent firms in Detroit, Marysville and Port Huron over the next 37 years. His work on the drafting board can be seen in numerous area public buildings, churches and schools. Ken never married, remaining a bachelor his entire life. However, he remained close to his immediate family. He was always willing to share his knowledge and interests to the younger members of the family. Upon his retirement in 1992, Ken devoted his time to his home and hobbies. His primary interest was the ships of the Great Lakes and their steam whistles. He was truly an expert of the ships built in the twentieth century, with his favorites being the older coal-fired bulk freighters. He maintained meticulous, accurate records on their design and engineering. He was a long-time member of several maritime historical societies on the Great Lakes. Other interests were steam whistles, theater pipe organs, family genealogy, collecting books, photographs and sound recordings. Ken is survived by his brother Daniel, his nephew David (Diane) Michelson of New Baltimore, nieces Barbara (Gary) Schaible of Chesterfield, Virginia and Nancy (John) Bresnahan of Macomb, MI, great nephew Daniel (Jennifer) Michelson of Traverse City , MI, and great nieces Dorian (Adam) Axiak of Plymouth, MI, Emily (Ryan) Trapp of Richmond, VA, Julie (Brian) Wright of Midlothian, VA., great-great nephews Andrew Michelson, Adrian Axiak, and Matthew Wright , and great-great niece Nora Michelson. He is pre-deceased by his parents Earl and Elaine Michelson, and brothers Earl and Robert Michelson. A private graveside service with be held on Saturday January 7, 2023 at 11:00am at Rosehill Cemetery on Puttygut Road in East China Township. Arrangements are being handled through Young Colonial Chapel Funeral Home of St. Clair, Michigan. To leave a message of comfort visit www.youngcolonial.com