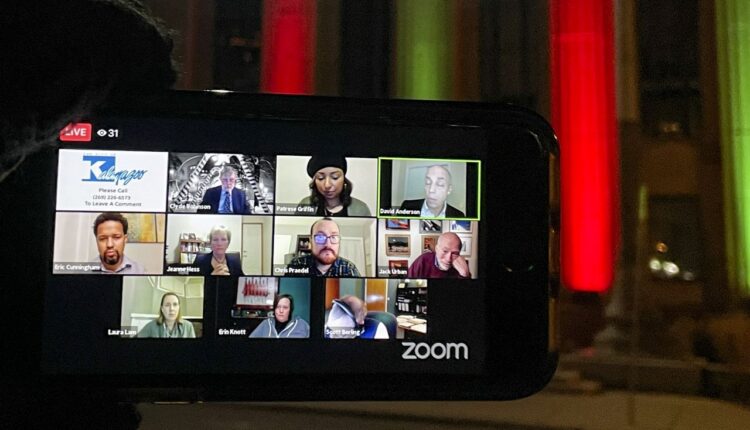 The city commission approved a resolution to declare a local emergency due to the COVID-19 epidemic and allow the commission and all other public bodies in the city of Kalamazoo to continue to meet electronically until August 31, 2021.

The city commission heard the measure at first reading at the meeting of the full committee on March 15 at 5:00 p.m. and approved the decision at its regular business meeting at 7:00 p.m. later that day.

On the city’s agenda, according to the Michigan Department of Health and Human Services, restricting the size of public gatherings is a key component in containing the spread of the COVID-19 virus and its variants.

Michigan law clearly allows municipalities to take steps to protect the health and safety of residents.

The city said an amendment to the Open Gathering Act allowed electronic gatherings until much of 2021, but the permit expires after March 30, 2021.

“The proposed resolution reflects what other communities in Michigan have either already done or are considering given the uncertainty that lawmakers will act by the end of this month,” the city’s agenda package said.

The statement made by the mayor of Traverse City and approved by the city commission of this municipality served as the template for the resolution presented on Monday, it says on the agenda.

During Monday’s discussion, Commissioner Chris Praedel and others spoke about protecting the safety of city staff, elected officials and residents.

“What about the people who are afraid to come to meetings?” Praedel said, wondering if some people would avoid face-to-face meetings because there are so many people in one room. He believes that if they had to come to a meeting to comment, more people would decline.

Currently, residents can call to leave a voice recording of a comment to be played to the public during electronic committee meetings.

“Even if you don’t care about your own safety, I’ll take care of your safety,” said Praedel.

Resident Jeff Messer has asked the city commission to make changes to restore meetings with some form of public presence and suggested some ideas like hybrid meetings or outdoor meetings. He called again on Monday to leave a message for the commissioners asking for changes.

Commissioner Jack Urban mentioned the idea of ​​hybrid meetings that could become permanent.

Officials briefly discussed the idea of ​​using a tent for outdoor meetings. Commissioner Erin Knott said she was against the tent idea and urged people to wait a few more months for more people to be vaccinated to keep people safe.