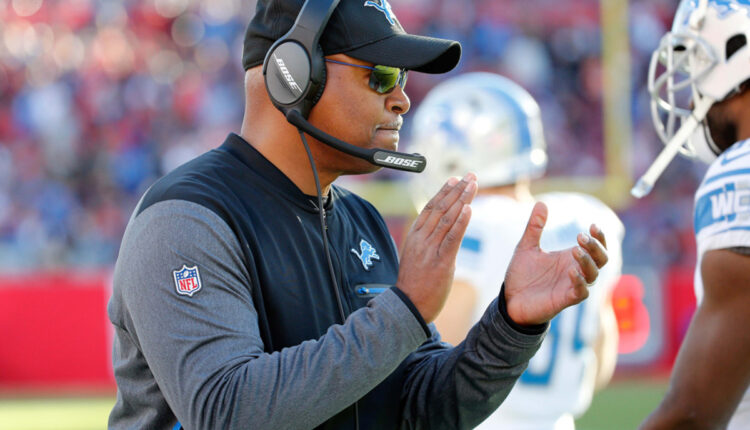 The Detroit Lions were able to overcome a disappointing start to their 2022 season.

“We’re in a production-based business,” Campbell explained, when asked about the difficult decision to move on from a popular coach. “And after seven weeks, I felt like this change needed to be made.”

The final stretch of games saw the team play at a high level, resulting in eight victories in the team’s last 10 games.

More: Lions Should Be ‘Livid’ with NFL after Embarrassing Officiating

Finishing with a mark of 9-8 impressed many supporters, as it was a six game improvement from last season’s 3-13-1 record.

Now, the expectation is the team will take another leap forward in 2023, with a new goal of making the playoffs and winning games in the postseason at the top of the priority list.

After receiving a significant amount of praise both nationally and locally, Campbell is now among the most popular coaches in the National Football League.

For some, the second-year head coach should be taken to task more for the collapse against the Dolphins in the second-half, poor decision-making against the Vikings on the road and for the team falling completely flat against the Panthers.

Recall, former general manager Bob Quinn uttered the phrase that would eventually be used repeatedly when the tenure of Jim Caldwell is reflected upon.

“There’s still a lot of work to do,” Quinn said, following the conclusion of the 2016 season. “You know, nine wins is a good season. It’s not nearly good enough for what we want.”

One season later, Caldwell finished with a 9-7 season and was not retained, ushering in the Matt Patricia era.

Both Campbell and general manager Brad Holmes have both acknowledged that expectations will now rise, as the team looks to go deep into the playoffs, with the goal of eventually winning the Lombardi Trophy.

Online, the debate continues regarding if Caldwell was treated unfairly, with many wondering still why the most successful coach in franchise history was dismissed in the manner he was.

It certainly begs the question, what would have occurred had Caldwell been given the same level of patience from Quinn, the front office and from fans?

Detroit’s former coach has been involved in the latest round of NFL interviews, as he potentially looks to get back into the league after his stint in Motown.

Buttigieg finds himself in the spotlight for better or worse | Ap