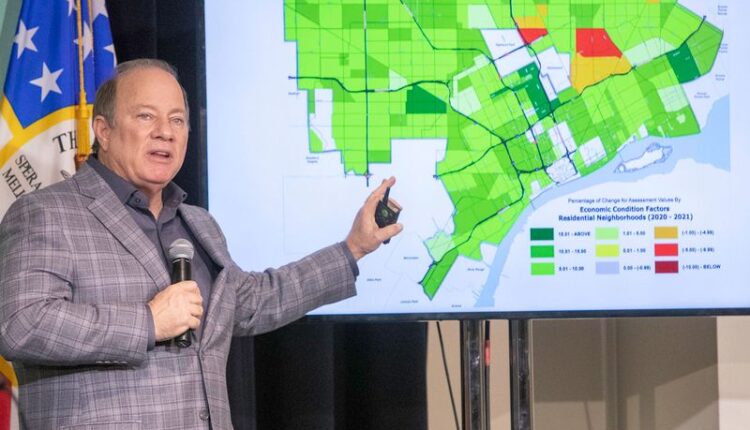 How Detroit got a handle on COVID

Detroit is offering $ 2 rides to the TCF Center under a contract with IntelliRide. There is also a “Good Neighbor” program, where younger people can bring an elderly Detroit citizen to TCF and also get vaccinated, and vaccination events have been started in neighborhood churches.

However, according to Edwards, the massive transport needs are still underestimated.

“Have conversations with those who received the vaccines and let seniors talk to other seniors (about their experiences with the vaccine),” she said. “It’s a family matter, a community matter, a district competition matter.”

She suggests a family-based marketing strategy to get younger people to drive their older relatives who may live in their home country or have other physical problems, as well as talking to those who are hesitant about the vaccine. According to a survey by the Kaiser Family Foundation, black Americans were more hesitant overall.

“I think there will be some point where we’ve vaccinated the population who want the vaccine, then we can really see where the vaccine is hesitant,” Berry said. “I think then you will see a really robust campaign to get people to get the vaccine. We are still busy with it.”

The city lowered its percentage positive test rate in June from over 50 percent to below 3 percent. Factors like who is tested and how many tests are done affect the percentage positive rates, but the sharp drop is still an indicator. In the second wave of the pandemic, the rate rose in Detroit but remained below 10 percent. For comparison, the state’s rate rose to the low teens and was over 15 percent in December.

By the end of January, Detroit had vaccinated 3 percent of the population compared with 8 percent of Michigan residents. The gap has continued. As of Wednesday, 11 percent of adults in Detroit were vaccinated. For Michigan as a whole, it’s 18.5 percent. City officials say they are working to fill this void by bringing more vaccine doses into government control.

Officials have also touted the ease of planning. The TCF Center’s appointment hotline initially had long waiting times, but now requires little to no waiting time when calling, as older adults are still looking for appointments elsewhere.

The coming months are full of unknowns. President Joe Biden recently vowed that the US will have enough vaccines for all adults by the end of May. This is based on the recently approved third vaccine, Johnson & Johnson’s one-shot vaccine, which adds the much-needed inventory. But in Detroit last week, Duggan turned down 6,200 J&J cans, saying he’d rather not give Detroiter’s J&J for the time being if he can help – a decision that goes against recommendations from the state and U.S. Centers for Control and disease prevention violates.

“I will do everything I can to make sure the Detroit city residents get the best,” he said Thursday.