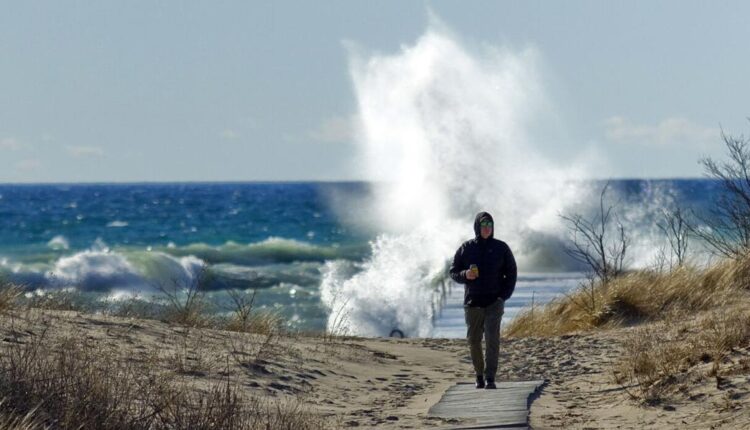 The fresh, roaring wind, which was to blame for the heads and threatened hats, continued and lasted all Thursday.

It’s not a stiff breeze – NWS standards define winds as strong as storm strength. And while an overnight calm brought a break from the jacket’s cool, cut gusts, it was temporary. The autumn coldness of the air was a significant change from the mild weather and mild temperatures at the beginning of the week.

And on Thursday at least a few local crews were busy.

By the afternoon, a good 8 to 12 fallen trees had been cleared – most of them partially or completely blocking traffic, he added.

“Today alone we had four different calls from Central (dispatch) – that’s pretty important compared to a normal day when we don’t get any,” said Saksewski.

Runyan said the wind was being propelled by a deep, strong, low pressure system that began moving towards Ontario on Thursday afternoon.

With him went the strongest wind in the storm, Runyan said. Still, the locals may want to secure their lighter garden decorations and stow the trash cans so they don’t venture out to neighboring properties on Friday too.

“I know my trash cans ended up in the next yard,” said Runyan. “Certainly it could cause tree damage, some shingles from roofs. Anything loose could be blown around anywhere. “

The road commission crews have kept it under control, but the local fire brigades are ready to take tree clearing measures themselves if necessary.

Grand Traverse Metro Fire Department chief Pat Parker said he didn’t see a fallen wire or tree on Thursday afternoon – at least none of his firefighters were called to help.

“We’re prepared for this and our people are loosening up, but nothing yet,” said Parker, adding that his stations are also prepared – armed with generators just as eager for action. “Our crews went over their trucks today and made sure the chainsaws were all sharp and full just to prepare for what might happen.”

He knows better than to relax – for the past few years, the gust or random noise can easily get 30 calls in a matter of hours.

“We are prepared for this and have manned our stations,” said Parker. “Have an incident, we’ll be there.”

It seems like a universal mindset – vigilance doesn’t hurt.

Four dedicated Road Commission patrol teams spent Thursday – and possibly Friday – on the streets solving minor issues. Saksewski added that there are still benefits to still being in winter mode.

“Our boys never run into problems,” said Saksewski, noting the abundance of training the teams had in safely removing completely collapsed trees, effectively removing those that lean against other trees, and power lines – really trees that cling to almost anything lean.

“We have a number of chippers, a fleet of chainsaws, a group of men and women with strong backs and good work ethics,” said Saksewski. “You are ready for anything Mother Nature can throw at us.”