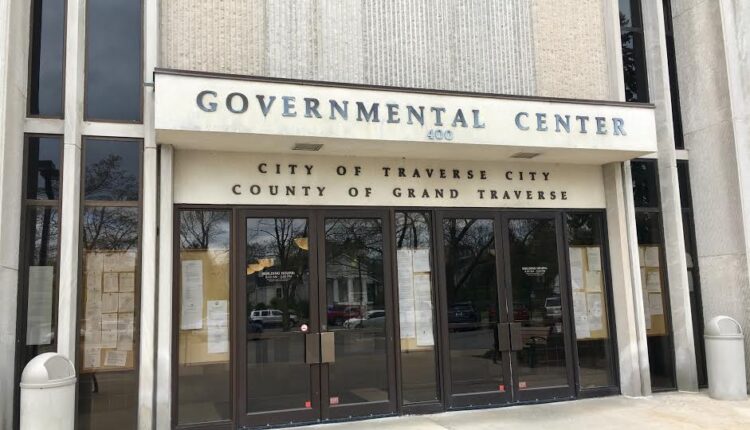 After Grand Traverse County’s commissioners decided in December to nearly double their own salaries – a move that came after 20 years of no increases but was criticized by some commissioners and residents – the board will begin approving rules in Wednesday Consider limiting the timing Future commissions can vote on wage increases. Commissioners on Wednesday will also consider encouraging lawmakers to release funds for eviction prevention in Michigan and discuss a proposed new federal rule that could affect funding for Grand Traverse 911.

Commission wages rise
District officials voted 5-2 in December to increase commission pay from $ 7,000 to $ 12,000 per year. The vice chairman’s salary increased from $ 7,500 to $ 12,500 and the chairman’s salary increased from $ 8,000 to $ 13,000. The increase marked the first time since 2001 that commission fee rose above the $ 7,000 level. Several commissioners noted that the increase would bring Grand Traverse County in line with other counties of similar size and help attract more qualified candidates for the commission time restrictions on board membership.

However, commissioners Bryce Hundley and Betsy Coffia, who opposed the proposal, questioned the optics of commissioners, who voted to get themselves hefty increases, especially during a pandemic. While other communities like the City of Traverse City set up an independent compensation committee to make recommendations on commission salaries, Grand Traverse County set up a hoc committee of commissioners who eventually recommended their own increases. Hundley wants to avoid this scenario in the future by changing the board rules on Wednesday to allow commissioners to vote on wage increases only before the deadline for submitting the primary elections. The increases will take effect at the beginning of the next term of office. With this change, it would not be known who would receive the increases in the following period, which would keep the increases impartial and not personal, Hundley says.

“The primary registration deadline is the only way to get far enough back so that the seven of us (on the commission) don’t know who will be on the next board,” says Hundley. “In the regular elections, you could have people running freely and knowing. The last time I ran without a candidate, Chair (Rob) Hentschel ran without a candidate for the last time. So the primary registration deadline seemed to be the right time. “

Hundley says that while he opposed the December wage increase, he did so because of timing rather than objections to attempts to adequately compensate commissioners for their work. “The way I am presenting this (rule change) to the board is not to wave a finger, but to say that although I understand we are trying to find the right number, we are weighing that against this question have to see if we give ourselves a raise, “he says.” In the future, this will keep us out of this sensitive issue. “

Evacuation assistance
With a federal eviction moratorium expiring on March 31 and the CDC order being challenged in court, potentially hastening its end, Coffia called on commissioners on Wednesday to consider assistance for residents facing a possible eviction. Coffia drafted a potential letter to be sent to State Representative and Governor Gretchen Whitmer on behalf of commissioners calling for “a bipartisan agreement to immediately release the full US $ 622 million COVID aid money required for eviction prevention in Michigan are provided “. The Michigan Coalition Against Homelessness and the Michigan League for Public Policy have also requested the release of funds for eviction prevention.

Coffia’s draft letter indicates that Michigan has been receiving federal funding for two months. The timing of her release was part of the ongoing negotiations between Whitmer and the legislature. “While we understand that there are sometimes different perspectives and times to negotiate, we believe this situation is not urgent for both landlords and tenants, who have been badly hit by the economic devastation of the past 12 months,” it said in the letter. “Our voters cannot afford the necessary relief to fall into bureaucratic bureaucracy or partisanship.”

The letter stated that the Northwest Michigan Community Action Agency’s homeless prevention team reported a large number of calls at the local level from September through December and is seeing “an alarming number of cases of people who have never sought help from their agency before must have taken. “Although the NMCAA has assisted 113 Grand Traverse County households in redirecting evictions over a five-month period, grant funding is running dry and some families are being turned away based on income requirements, according to letters. “We know that, statistically speaking, the likelihood increases that once a person or family is no longer housed, they will continue to suffer from housing instability and other crises that destabilize them and require longer-term social services. The goal here should be to keep people in their homes and prevent them from going this route, and also to give landlords the relief they need, ”the letter concludes.

911 resolution
A proposed rule change under the Federal Communications Commission (FCC) could have a material impact on Grand Traverse 911 funding. According to a memo from Jason Torrey, director of Grand Traverse 911, the FCC is asking for comments on a proposal to change the use of 911 surcharge fees. The change appears to only allow for charges to be issued for costs within actual 911 call centers. However, Torrey notes that in Grand Traverse County, the voter-approved 911 surcharge fee helps cover the cost of a variety of devices outside of the 911 center, including the entire fleet of portable and mobile radios and paging devices for first responders Department. “These systems are critical to the exchange of information between 911 and first responders,” says Torrey.

While Torrey supports the intent of the FCC change – to reduce the jurisdiction in which 911 surcharge charges are diverted to non-911 purposes – Michigan already has a “reputation” for combating charge diversion by maintaining a list of approved / Prohibited purchases for 911 leads departments. The state supports the use of surcharge fees to cover the “911 ecosystem” – which includes cellular and paging devices – while the FCC change focuses more closely on costs that are entirely within the 911 center. Torrey is asking district officials to approve a resolution in support of an expanded FCC definition of devices “directly related to the 911 process” and to assist with local decision-making regarding the use of 911 charges.

PepsiCo to sell Tropicana, other juices, in $3.3B deal | Nation/World News