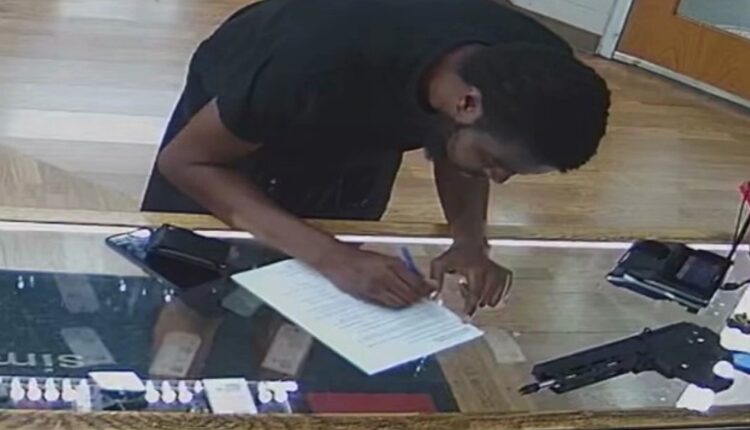 GRAND RAPIDS, Mich. (WNDU/WOOD) – A Grand Rapids man who trafficked the gun that was used in the homicide of a 2-year-old in Wyoming, Mich., has been sentenced to more than three years in prison.

According to our sister station WOOD-TV in Grand Rapids, Jerreil LaMounta Martin was sentenced on Monday to 37 months in prison for illegally purchasing and trafficking at least 45 guns, including some that were later used in crimes around the state of Michigan. US District Court Judge Robert J. Jonker also imposed three years of supervised release.

The feds released a photo of Martin trying to ‘straw’ purchase a pistol in July 2022. At the time, US Attorney Mark Totten said Martin had already been told that one of the trafficked guns had been used in a homicide.

That was after the Feb. 9, 2022, death of 2-year-old Khalise Brewer in Wyoming. Khalise’s father Seninta Parks was charged with her murder. Federal investigators say Martin bought the Ruger 5.7x28mm semi-automatic pistol Parks used.

In all, police have found 14 of the Martin guns trafficked, but most are still out there.

5-8 inches of snow could be headed to Metro Detroit