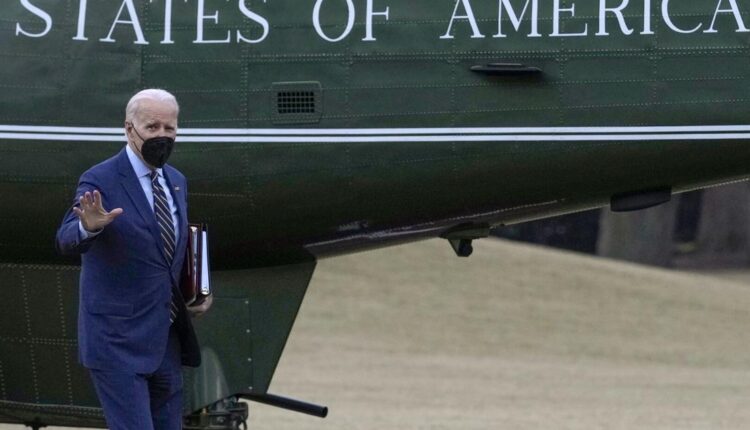 WASHINGTON (AP) — Attorney General Merrick Garland on Thursday appointed a special counsel to investigate the presence of classified documents found at President Joe Biden’s home in Wilmington, Delaware, and at an unsecured office in Washington dating from his time as vice president.

Robert Hur, a onetime US attorney appointed by former President Donald Trump, will lead the investigation and plans to begin his work soon. His appointment marks the second time in a few months that Garland has appointed a special counsel, an extraordinary fact that reflects the Justice Department’s efforts to independently conduct high-profile probes in an exceedingly heated political environment. Two of those investigations, including one involving Trump, relate to the handling of classified information, although there are notable differences between those cases.

Garland’s decision caps a tumultuous week at the White House, where Biden and his team opened the year hoping to celebrate stronger economic news ahead of launching an expected reelection campaign. But the administration faced new challenges Monday, when it acknowledged that sensitive documents were found at the office of Biden’s former institute in Washington. The situation intensified by Thursday morning, when Biden’s attorney acknowledged that an additional classified document was found at a room in his Wilmington home — later revealed by Biden to be his personal library — along with other documents found in his garage.

The attorney general revealed that Biden’s lawyers informed the Justice Department of the latest discovery at the president’s home on Thursday morning, after FBI agents first retrieved documents from the garage in December.

Biden told reporters at the White House that he was “cooperating fully and completely” with the Justice Department’s investigation into how classified information and government records were stored.

“We have cooperated closely with the Justice Department throughout its review, and we will continue that cooperation with the special counsel,” said Richard Sauber, himself a special counsel to the president. “We are confident that a thorough review will show that these documents were inadvertently misplaced, and the president and his lawyers acted promptly upon discovery of this mistake.”

Garland said the “extraordinary circumstances” of the matter required Hur’s appointment, adding that the special counsel is authorized to investigate whether any person or entity violated the law. Federal law requires strict handling procedures for classified information, and official records from Biden’s time as vice president are considered government property under the Presidential Records Act.

“This appointment underscores for the public the department’s commitment to both independence and accountability in particularly sensitive matters, and to making decisions undisputably guided only by the facts and the law,” Garland said.

Hur, in a statement, said: “I will conduct the assigned investigation with fair, impartial and dispassionate judgment. I intend to follow the facts swiftly and thoroughly, without fear or favor and will honor the trust placed in me to perform this service.”

While Garland said the Justice Department received timely notifications from Biden’s personal attorneys after each set of classified documents identified, the White House provided delayed and incomplete notification to the American public about the discoveries.

Biden’s personal attorneys found the first set of classified and official documents on Nov. 2 in a locked closet as they cleared out his office at the Penn Biden Center in Washington, where he worked after he left the vice presidency in 2017 until he launched his presidential campaign in 2019. The attorneys notified the National Archives, which retrieved the documents the next day and referred the matter to the Justice Department.

Sauber said Biden’s attorneys then underwent a search of other locations where documents could have been transferred after Biden left the vice presidency, including his homes in Wilmington and Rehoboth Beach, Delaware. Garland said that on Dec. 20, the Justice Department was informed that classified documents and official records were located in Biden’s Wilmington garage, near his Corvette, and that Federal Bureau of Investigation agents took custody of them shortly thereafter.

A search on Wednesday evening turned up the final classified document in Biden’s personal library at his home, and the Justice Department was notified Thursday, Garland revealed.

The White House only confirmed the discovery of the Penn Biden Center documents in response to news inquiries Monday and remained silent on the subsequent search of Biden’s homes and the discovery of the garage tranche until Thursday morning, shortly before Garland announced Hur’s appointment. Biden, when he first addressed the matter Tuesday while in Mexico City, also didn’t let on about the subsequent document discoveries.

“There was transparency in doing what you’re supposed to do,” she said, declining to answer repeated questions about when Biden was briefed on the discovery of the documents and whether he would submit to an interview with investigators.

Pressed on whether Biden could guarantee that additional mishandled classified documents would not turn up, Jean-Pierre said, “You should assume that it’s been completed, yes.”

The appointment of yet another special counsel to investigate the handling of classified documents is a remarkable turn of events, legally and politically, for a Justice Department that has spent months looking into the retention by Donald Trump of more than 300 documents with marking classifications found at the former president’s Florida estate.

Though the situations are factually and legally different, the discovery of classified documents at two separate locations tied to Biden — as well as the appointment of a new special counsel — would almost certainly complicate any prosecution that the department might bring against Trump.

New House Speaker Kevin McCarthy, a California Republican, said of the latest news, “I think Congress has to investigate this.”

“Here’s an individual that sat on ’60 Minutes’ that was so concerned about President Trump’s documents … and now we find that this is a vice president keeping it for years out in the open in different locations.”

Contradicting several fellow Republicans, he said, “We don’t think there needs to be a special prosecutor.”

The top Republican on the House Intelligence Committee has requested that intelligence agencies conduct a “damage assessment” of potentially classified documents. Ohio Rep. Mike Turner on Thursday also requested briefings from Garland and the director of national intelligence, Avril Haines, on their reviews by Jan. 26.