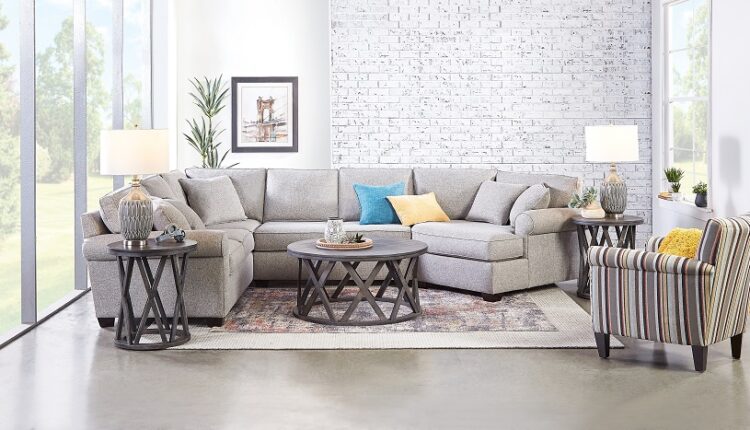 Gardner-White’s exclusive new Detroit Furniture collection, including the Marisol section, is made in the USA

“We’ve had the frames on the floor for less than a month and the response has been great,” said Rachel Tronstein Stewart, president of Gardner-White. “As the only family-owned furniture retailer in Detroit open since 1912, we wanted to honor that legacy with this new collection from America.”

The company partnered with Mississippi-based Max Home to create the collection, which has been in the works for at least half a year. It contains a total of four frames. The first, called Marisol, has been launched and the other three frames will follow shortly, according to Gardner-White buyer Lindsay Loprest.

“We offer performance fabrics for some of the frames as well as exquisite tailoring and timeless designs,” said Loprest. “There are many arm styles, configurations, and multiple SKUs, as well as features for custom-made items and more than 360 fabric combinations.”

The new collection, which currently has a lead time of one month, includes accent chairs and sections as well as a high-quality cushion construction and deep seating. Prices for the line range from $ 1,299 to $ 3,499.

“The fabric for this collection is definitely ready to use,” added Loprest. “We know pets and children will likely use the furniture too. That’s why we knew that we needed fabric choices that were beautiful, but also resilient over time. “

Both Stewart and Loprest said performance fabrics are getting a huge response from consumers, with functionality and durability becoming more important than before during the pandemic as people spend more time at home.

Although overall furniture demand for the retailer has been constant since last May, the company has done a good job keeping up.

“We have more in stock right now than many others in the industry,” said Stewart. “We haven’t canceled a single order during the pandemic, and that really helped. I think the worst thing you can do is plan like you’ve done in the past. With all this uncertainty, it’s really important to be able to pan. “