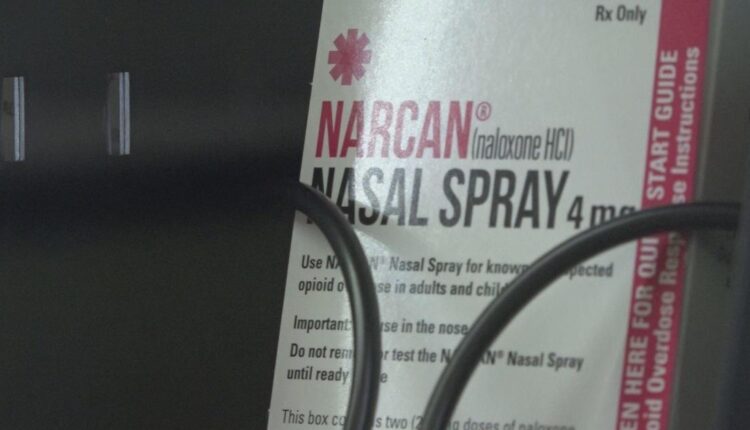 (CBS DETROIT) – More than 3,000 people died in 2021 from a drug overdose in Michigan, according to the latest data from the state. It’s more evidence the drug epidemic continues to impact thousands of people.

Now there’s a program at Wayne State University that’s working to address the problem in a creative way.

The program is using free Narcan vending machines to help save lives and give people treatment options.

“The opioid epidemic continues to wreak havoc on our communities,” said Matt Costello, who is the program manager of Wayne State’s center for Behavioral Health and Justice in the School of Social Work.

Costello is helping lead the program that’s tackling the opioid epidemic head on.

There’s more than 15 of the vending machines in our area, including at Wayne State’s Undergraduate Library.

“We wanted an area that had as much availability to the public as possible,” Costello said. “So, a facility that might only be open a couple days a week for four to five hours might have high need might not have the reach that I’m looking for.”

Costello is hoping to distribute 20 more by the end of the year.

The idea is not new. Costello said it was inspired by successful programs out of the Los Angeles and Cook County Jails.

Thanks to a grant from the state health department, the school of social work was able to create a program of their own.

“People who take a Narcan kit are not using it for themselves. There getting it for someone who they care about, who they know who may be opioid involved that may help them save a life for the future.

“What do you say to people who would suggest these vending machines are enabling people to use drugs, to use heroin and fentanyl,” CBS Detroit’s Ray Strickland asked.

“Why do we save anyone?” Costello replied when asked how some might suggest the vending machines are enabling drug users. “Because people are worth saving. It’s certainly my hope and the center’s hope that what we do is when a person administers or is administers a Narcan they are then connected with treatment.”

The Narcan boxes have a QR code on them. People can scan it and it will provide local resources for people battling addiction.

Costello’s hope is that one day we can get to a point in this epidemic where these vending machines aren’t needed at all.

In July 2022, Ray Strickland joined the CBS Detroit News team as an MSJ after working in Baltimore, Maryland, for nearly three years. Ray was born in Akron, Ohio, aka the home of LeBron James (his all-time favorite player) and grew up as an avid Cleveland Browns fan.