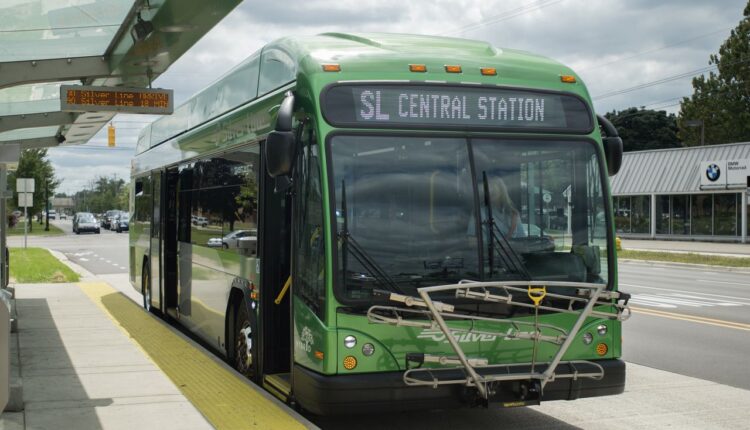 GRAND RAPIDS, MI – The final goals of a year-long study to promote the development and improvement of the quality of life along the Division Avenue corridor were announced Tuesday, March 9th.

The 15 goals range from activating vacant land and adding zebra crossings to supporting various housing, justice and living wage jobs along seven mile long Division Avenue, from Wealthy Street on the north end to 60th Street on the south , in three cities.

The effort is led by The Rapid public transportation system and supported by Grand Rapids, Kentwood and Wyoming.

The work is part of a $ 945,000 study called Division United that began in 2019 to create a coordinated plan that will boost development and benefit the existing community in the corridor.

The 15 goals and five different “toolkits” cities can use to achieve them were briefly presented to Grand Rapids city commissioners at their Tuesday briefing and include:

Division United’s full report, which is a few hundred pages long, is still being finalized and is expected to be published by the end of April. Upon completion and release, officials plan to engage publicly to discuss the details.

It is then up to the three cities to translate the recommendations of the report into their own planning efforts.

The company is in part an attempt to start the development that never really occurred when The Rapid launched its Silver Line bus route along the corridor in 2014. The plans to revitalize the corridor are anchored around the bus route.

“I think we can celebrate the Silver Line as a successful transit corridor to move people around and eliminate parking, but we haven’t seen the extent of economic development along this corridor that I think was advertised as we did that, so let’s try to find out how these resources can be further aligned to drive future developments is the key to success, ”said City Commissioner Jon O’Connor on Tuesday after the presentation.

The Rapid officials previously pointed out the “appropriate amount” of vacant and boarded-up buildings and vacant lots that remain in the corridor today.

The character of the corridor varies from crowded and aging buildings to littered used car and auto repair shops, liquor stores, old factories, chain stores, and ethnic kitchens and markets.

Nick Monoyios, planning manager at The Rapid, said the study could be viewed as a documented vision of what community members want to see along the corridor. It’s something that goes against the old way of planning, he said, where an outside expert would come in and recommend what he thinks is best.

As part of the public feedback and vision for the corridor, there was an online survey last year to find out what community members and others would like to see.

Monoyios said the team is aiming for incremental development along the corridor that, rather than displacing and leaving out those who currently live there, benefits them through corporate ownership and more.

The purpose of Division United’s study and its recommendations was to answer this question: “How do we promote improved liveliness and sustainable growth for the community in the corridor?”

The majority of the study’s funding, $ 870,000, came from federal and state transportation grants. Grand Rapids, Kentwood, and Wyoming each provided an additional $ 25,000.

Canadian Minister: “The operation of Line 5 is non-negotiable.”

UM’s memory program for people with dementia hopes to raise $ 10,000 on Giving Blueday