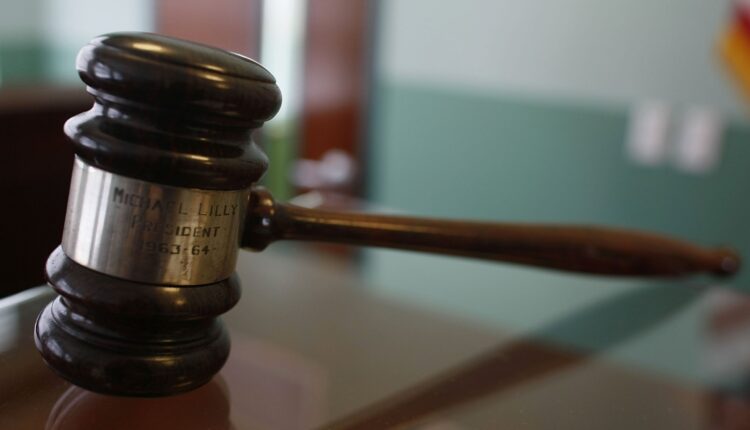 Federal authorities have charged a Michigan member of a right-wing extremist group with lying while purchasing a handgun, one of two arrests federal authorities made of members of the “Boogaloo Boys” anti-government movement just a week before the midterm election.

Timothy Allen Teagan, 22, of Plymouth, appeared Wednesday in federal court in Detroit where he was arraigned on charges of being a drug user in possession of firearms and ammunition, and giving a false statement in connection with the acquisition of a firearm.

The Associated Press reported that Teagan, dressed in a Hawaiian-style shirt associated with the Boogaloo movement, told the court that he might seek to retain his own attorney.

Followers of the loosely organized movement, referred to as Boogaloo Boys or Boogaloo Bois, often say they are preparing for, or seek to incite, a second U.S. Civil War, which they call “the boogaloo” or “the boog.”

Teagan was arrested by police in Plymouth Oct. 25 and charged with assault and battery in connection after an attack on his father in which he allegedly bit his father on the forehead and punched him repeatedly.

The basis for the false statement charge is an ATF form Teagan signed in July while purchasing a Glock 34 9 mm handgun. On that form it asked whether he was a drug user, to which he reportedly said he was not.

The complaint says when Teagan was released on bond the day after being arrested for attacking his father, his brother bought him clothing and “a ton of weed.”

FBI agents say Teagan admitted that he does smoke marijuana but had not consumed any of the weed his brother purchased.

Teagan’s arraignment came a day after Aron McKillips, 29, of Sandusky, Ohio was arrested by members of a task force from the FBI’s Cleveland Division. A criminal complaint said McKillips is also a member of the Boogaloo Boys and there was enough evidence to charge him with illegal possession of a machine gun and the interstate communication of threats.

The Daily Beast reported that those threats were allegedly to kill a police officer and anyone he determined to be a federal informant.

The complaint contends that on a trip to Lansing in April 2021, McKillips provided equipment to other members of the Boogaloo Boys that could be used to convert rifles into machine guns.

“I literally handed out machine guns in Michigan,” McKillips is said to have been heard saying on a recording.

In May 2021, the complaint says McKillips told guests at a house party he had traded a gun for cocaine and a working grenade launcher and “had the knowledge to make high explosive rounds that he could shoot out of the launcher.”

McKillips also is said to have made frequent threats of violence against police officers, federal agents and government buildings, as well as big box stores like Walmart and Target. The complaint says he also threatened to blow up Facebook’s headquarters.

McKillips is in custody pending a Nov. 9 detention hearing in Toledo, Ohio.

Several of the men who were tried on federal charges related to the plot to kidnap and assassinate Michigan Gov. Gretchen Whitmer also had connections to the Boogaloo movement.

Brandon Caserta, who was later acquitted by a jury, posted several videos on TikTok, including one in which he is wearing the movement’s trademark Hawaiian shirt.

Two other defendants, Adam Fox and Barry Croft Jr., were subsequently found guilty by a jury in a second trial and await sentencing.