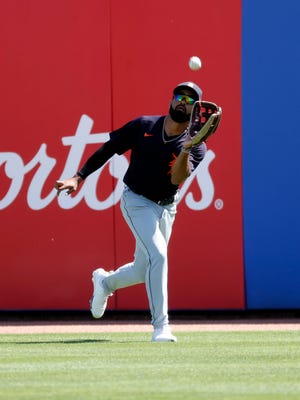 Before the Triple A season kicks off in May, the Detroit Tigers are holding an expanded spring training camp at the alternative training ground at Fifth Third Field in Toledo for players who are not on the active 26-man list.

It is unclear how many players and which players will participate.

But the Toledo Mud Hens announced a home schedule for seven games against other alternate camps on Thursday, which means the Tigers aren’t limited to workouts and intrasquad scrimmages against their teammates.

[ Why Miguel Cabrera is boosted by playing first base, seeing fans in the stands ]

Three more matches have not yet been announced and it is not known whether these competitions will be held in Toledo or any other stadium.

The games are open to the public as well as two training sessions on April 17th and 18th. Tickets are $ 10 for games and $ 5 for training sessions. They go on sale Friday at 10am and, according to Mud Hens, “very limited seating” is available. Fans can buy pods with up to six tickets.

The Triple A season starts on May 4th.