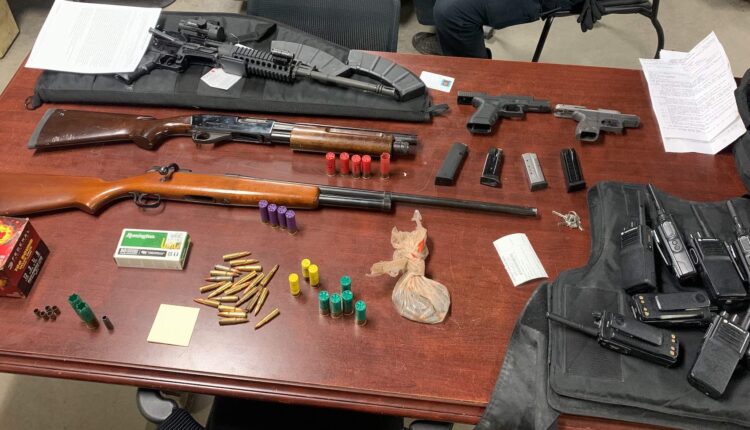 DETROIT – The police broke into a major gun bankruptcy on the east side of Detroit on Friday afternoon.

According to authorities, ShotSpotter warned police about shooting at a residence near the intersection of Wayburn Street and Yorkshire Road north of Whittier Avenue. Police said they arrived at the residence within five minutes and saw two men walking around the house with guns, along with several spent cartridge cases.

Police said the two men left the place and surrendered to the police.

One of the 26-year-old men was given a ticket to unload a firearm within the city limits and own a gun while drunk. His weapon was recovered, his CPL license was confiscated, and the man was released.

The 51-year-old man was currently on bail after being arrested in February for possession of a stolen firearm. He was detained for a criminal in possession and was taken to a detention center without incident.

Police received a search warrant for the house and confiscated a pistol, rifle, two shotguns, body armor and more than 200 rounds of ammunition.