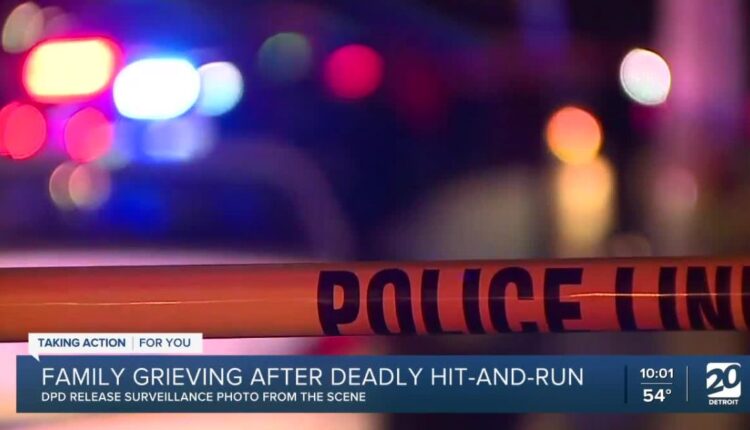 Detroit police searching for vehicle in fatal hit and run

DETROIT (WXYZ) – The family of a man who was killed in a hit on the east side of Detroit this week is asking for answers in the hope of catching the driver in charge.

Police say the victim was 46 years old and was identified by the family as Kareem Harris. Harris was met and killed shortly after midnight on March 25 while crossing Gratiot near the Rohn junction.

“What happened to him was very tragic,” said the victim’s brother, Chanua Harris. “We didn’t expect it.”

Chanua was caught by surprise on Thursday morning and awakened by a 3am phone call telling him that his older brother had died.

Kareem was in a wheelchair, crossing Gratiot when a gray or brown Chevy Tahoe hit him in 2007 and kept walking.

“The guy could have stopped checking him out, maybe he could have saved his life,” said Chanua.

His brother was pronounced dead at the scene, but police were able to take a surveillance photo of the car as well as the front grille left at the scene.

“I hope they catch him because he definitely deserves whatever comes to him,” said Chanua.

A number of fatal accidents have been reported in Metro Detroit earlier this year, and pedestrian deaths across the country increased by 20% in 2020 despite fewer drivers, according to the Governors Highway Safety Association.

“He was a great guy, a great personality, he loved his kids,” said Chanua of his brother. “It’s tough, but I hope you catch him.”

If you identify the vehicle or have information, call Crime Stoppers at 1-800-SPEAK UP.

From Sex To Hexenbelle: What’s In A Name (Half One)