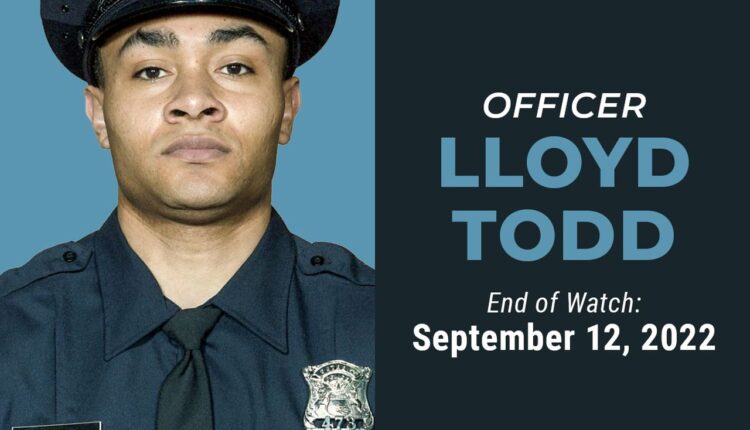 Detroit police officer dies of complications 24 years after being shot

DETROIT – The Detroit Police Department is mourning the death of an officer who was shot more than two decades ago.

Officer Lloyd “Mike” Todd, who served the department with distinction for five years, died on Monday due to complications from gunshot wounds he suffered in the line of duty in December 1998.

According to the Officer Down Memorial Page, which honors fallen police officers, Todd was hit by automatic gunfire near Nashville Street and Westphalia Street in Detroit at 11:10 pm on Dec. 5, 1998, while he and two other officers were attempting to stop a van wanted in connection with an abduction earlier in the day.

Todd, who was driving, was shot in the head by someone in the fleeing van. Another pursuing officer, Shawn Brandy, was also shot and killed. He was transported to St. John Hospital where he remained in a coma for more than two months.

He eventually spent a year in a rehabilitative facility since he was paralyzed on the left side of his body, lost his right eye, and suffered partial brain damage.

He required 24-hour care until succumbing to his injuries this week. Four suspects were convicted of first-degree murder and sentenced to life in prison.

The fifth suspect was sentenced to 5 to 15 years and was murdered in 2017 after being paroled. Todd was a United States Army veteran.

“Our heartfelt condolences go out to officer Todd’s family and friends as they mourn the loss of one of Detroit’s heroes,” a statement reads. “Gone but never forgotten.”

The message includes the hashtag, #OneDetroit.