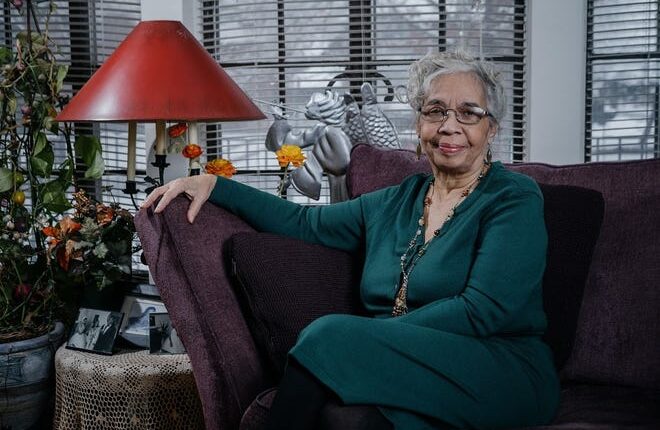 A Detroit poet, essayist, biographer, editor, filmmaker and distinguished professor, Melba Joyce Boyd is being honored for her 50-year career with the title of 2023 Kresge Eminent Artist.

Boyd, 72, has an impressive resume and list of accolades which includes many Library of Michigan Notable Book awards and a 2010 Independent Publishers Award. The same year, she was also a finalist for the NAACP Image Award for Poetry. She’s published 13 books and is a distinguished professor in African American Studies at Wayne State University.

Boyd said one thing that’s great about the Kresge Eminent Artist award is that you don’t apply for it.

“You’re getting real appreciation for your work from people who understand what it means to make work in Detroit,” she said in a statement. “That’s something special. It’s a reminder and celebration of the culture we have here and the way it continues.”

“In our Eminent Artist initiative, we lift up individuals who have for decades both reflected our times and fired up our imaginations,” said Kresge Foundation president and CEO Rip Rapson in a media alert announcing the news. “Melba Joyce Boyd is yet another of these fulcrums of creativity. As both a scholar of important African American artists and an artist in her own right, she grounds us in history and inspires us to think about the future.”

Since 2008, Kresge Arts in Detroit has awarded more than $7.41 million through 15 Kresge Eminent Artist Awards of $50,000 each, plus 258 Kresge Artist fellowships at $25,000 each and 42 Gilda Awards at $5,000 each. Recent Eminent Artist Awards went to bead museum founder Olayami Dabls, painter Shirley Woodson and ceramicist Marie Woo. Visit kresgeartsindetroit.org for more information.

Michigan passed another proposal expanding voting rights in 2022. What comes next? ⋆